When FBI Special Agent Joe Merriwether (Jeffrey Dean Morgan) is unable to solve a series of homicides, he decides to enlist the help of his former colleague Dr. John Clancy (Anthony Hopkins), a retired physician with psychic powers. The reclusive Clancy, who shuttered his practice and retreated from the world following the death of his daughter and subsequent break-up of his marriage, wants nothing to do with the case. He soon changes his mind after seeing disturbingly violent visions of Joe's partner, FBI Special Agent Katherine Cowles's (Abbie Cornish) ultimate demise. When Clancy's exceptional intuitive powers put him on the trail of a suspect, Charles Ambrose (Colin Farrell), the doctor soon realizes his abilities are no match against the extraordinary powers of this vicious murderer on a mission. 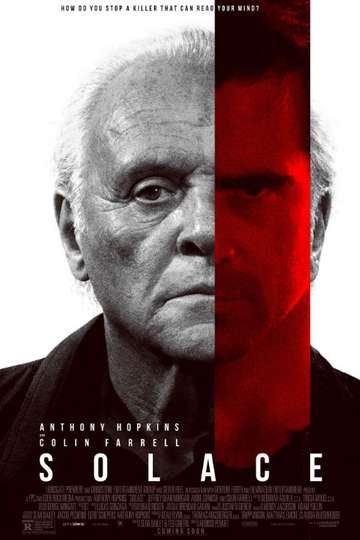 2:19
'Ant-Man and the Wasp: Quantumania' Trailer

Most Wanted
"Uncover the corruption. Discover the truth."

Criminal Activities
"Leave the crime to the criminals"

Bridge of Spies
"In the shadow of war, one man showed the world what we stood for."

Run All Night
Regression
"Fear always finds its victim"
Love in the Afternoon
"Love is a game any number can play... especially in the afternoon..."
The Program
"Champion. Hero. Legend. Cheat."

Secret in Their Eyes
"The truth lies in the most unexpected places."
The Kid Stays in the Picture
"The Story Of A Man Who Seduced Hollywood."

Old Man
"Beware the enemy within."

The Transporter Refueled
"He Delivers."

Kidnapping Mr. Heineken
"It was the perfect crime until they got away with it."
The Rite
"You can only defeat it when you believe."