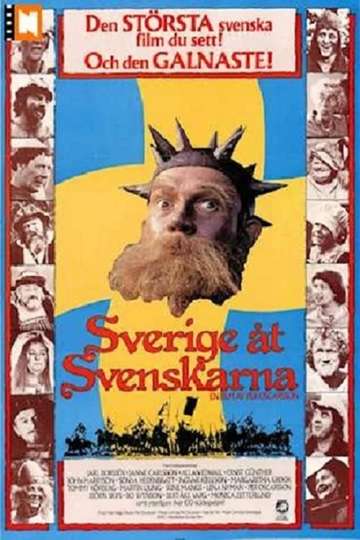 "Den STÖRSTA svenska film du sett! Och den GALNASTE!"
TMDb Score
20
NR 1 hr 51 minComedy, History
This farce cocerns Sweden's King Gustav (Per Oscarsson who plays all the lead roles). The royal monarchs of three major European countries are patiently or not-so-patiently hovering on the sidelines while watching the future King Gustav closely. No single king appears to possess the brains he was born with, so history seems to be made by default, as it were. Gustav does blunder around, but not enough to miss being crowned king. As a result, France, England, and Germany invade Sweden hoping to take by force what they could not gain by incompetence.
Show More
DirectorPer Oscarsson
StarringPer OscarssonErnst GÃ¼ntherJohn Harryson
Movie DetailsFull Cast & Crew