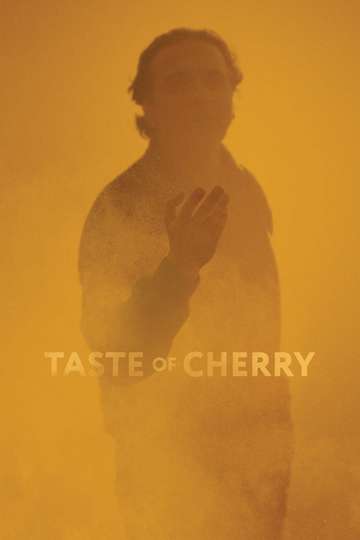 Want to watch 'Taste of Cherry' in the comfort of your own home? Discovering a streaming service to buy, rent, download, or watch the Abbas Kiarostami-directed movie via subscription can be a challenge, so we here at Moviefone want to do the work for you.

We've listed a number of streaming and cable services - including rental, purchase, and subscription choices - along with the availability of 'Taste of Cherry' on each platform when they are available. Now, before we get into all the details of how you can watch 'Taste of Cherry' right now, here are some details about the CiBy 2000, Abbas Kiarostami Productions, Kanoon drama flick.

Released March 20th, 1998, 'Taste of Cherry' stars Homayoun Ershadi, Abdolrahman Bagheri, Afshin Khorshid Bakhtiari, Safar Ali Moradi The movie has a runtime of about 1 hr 39 min, and received a user score of 76 (out of 100) on TMDb, which collated reviews from 392 experienced users.

You probably already know what the movie's about, but just in case... Here's the plot: "A middle-aged Tehranian man, Mr. Badii is intent on killing himself and seeks someone to bury him after his demise. Driving around the city, the seemingly well-to-do Badii meets with numerous people, including a Muslim student, asking them to take on the job, but initially he has little luck. Eventually, Badii finds a man who is up for the task because he needs the money, but his new associate soon tries to talk him out of committing suicide."

'Taste of Cherry' is currently available to rent, purchase, or stream via subscription on Criterion Channel, Kanopy, and HBO Max .

Shame
The Eel
Certified Copy
Burnt by the Sun
"A moving and poignant story set against the corrupt politics of the Stalinist era."
I Hired a Contract Killer
Once Upon a Time in Anatolia
Through the Olive Trees
Close-Up
Full Moon in Paris
Therese
The World

About Endlessness
The Wind Will Carry Us
Where Is My Friend's House?
Cries and Whispers
"Four women dressed in white in a mansion painted red... haunted by whispers and cries."
The Color of Pomegranates
"A poetic evocation of the life of Armenian poet Sayat Nova"
Blissfully Yours
The Beekeeper
Turné
Journey to Italy
The Misfortunates