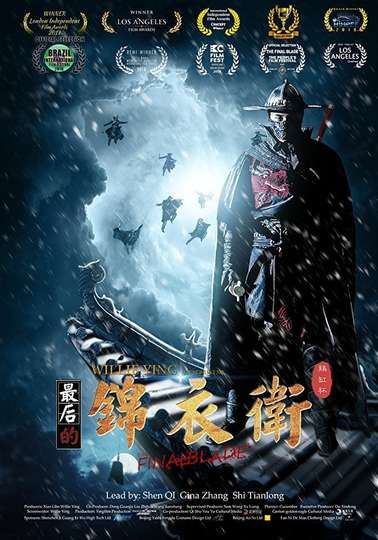 "The Final Blade"
TMDb Score
25
Not Yet Rated

Early Qing Dynasty, Jin guard(the imperial guards of Ming) assassin-ed into the palace of the general Li, won the Chicken Cup back. three hundred years later, inside a temple, the lead of Jin guard He Fan is dying to protect the chicken cup from the treasure hunter David Wong, He fan died in the battle, only survived is his son He Xingyun, the treasure got into the near lake.