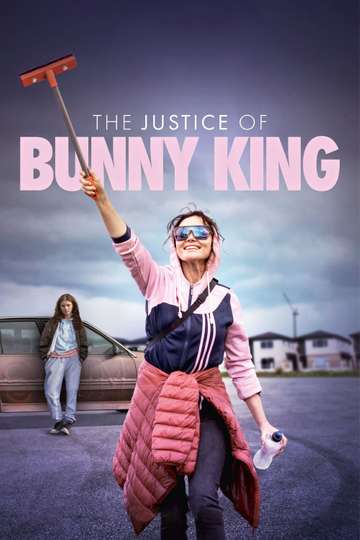 The Justice of Bunny King (2021)Stream and Watch Online

Fancy watching 'The Justice of Bunny King' on your TV or mobile device at home? Searching for a streaming service to buy, rent, download, or watch the Gaysorn Thavat-directed movie via subscription can be a huge pain, so we here at Moviefone want to do the heavy lifting.

Read on for a listing of streaming and cable services - including rental, purchase, and subscription options - along with the availability of 'The Justice of Bunny King' on each platform when they are available. Now, before we get into all the details of how you can watch 'The Justice of Bunny King' right now, here are some finer points about the New Zealand Film Commission, Firefly Films drama flick.

Released June 12th, 2021, 'The Justice of Bunny King' stars Essie Davis, Thomasin McKenzie, Ryan O'Kane, Erroll Shand The movie has a runtime of about 1 hr 41 min, and received a user score of 74 (out of 100) on TMDb, which assembled reviews from 5 respected users.

Want to know what the movie's about? Here's the plot: "Bunny King is a mother of two, a rough cut diamond with a sketchy past. While battling the system to reunite with her children, a confrontation leads her to take her niece Tonyah under her wing. With the world against her and Tonyah, Bunny’s battle has just begun."

The Blazing World
Code: Karim
Tarzan, the call of the jungle
L'obsession de l'ours
Pantanal, le dernier sanctuaire du jaguar
Inside The Virtuoso’s Mind
Salvador
Life Is One
Rats of Di Renjie
Becoming Mona
Christmas at Cattle Hill
The Enchanted Forest
Journey to the East
Ali's Comeback: The Untold Story
"Denied a license in all 50 states. But in Atlanta, that all changed..."
The Last Bus
"Returning to the past, he found his future."
My Dad is a Sausage
The Infamous Future
Sniper
The Women and the Waves 2
The Abyss, Exploring the Unknown Sea
Einstein et la Relativité Générale, une histoire singulière