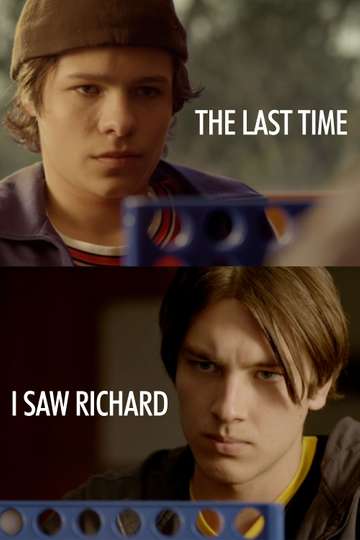 The Last Time I Saw Richard (2013)Stream and Watch Online

Want to watch 'The Last Time I Saw Richard' on your TV or mobile device at home? Tracking down a streaming service to buy, rent, download, or watch the Nicholas Verso-directed movie via subscription can be confusing, so we here at Moviefone want to take the pressure off.

Read on for a listing of streaming and cable services - including rental, purchase, and subscription alternatives - along with the availability of 'The Last Time I Saw Richard' on each platform. Now, before we get into all the details of how you can watch 'The Last Time I Saw Richard' right now, here are some particulars about the Mushroom Pictures, Morrissey/Molloy Entertainment horror flick.

Released June 21st, 2013, 'The Last Time I Saw Richard' stars Toby Wallace, Cody Fern, Brian Lipson, Melissa Godbold The movie has a runtime of about 22 min, and received a user score of 69 (out of 100) on TMDb, which compiled reviews from 21 knowledgeable users.

Want to know what the movie's about? Here's the plot: "Jonah is proud to be the loner at the teenage mental health clinic, taking pleasure in making the other patients uncomfortable. But when he is forced to share a room with the newly admitted Richard, the boys become locked in a battle of wills."

'The Last Time I Saw Richard' is currently available to rent, purchase, or stream via subscription on Amazon Video .