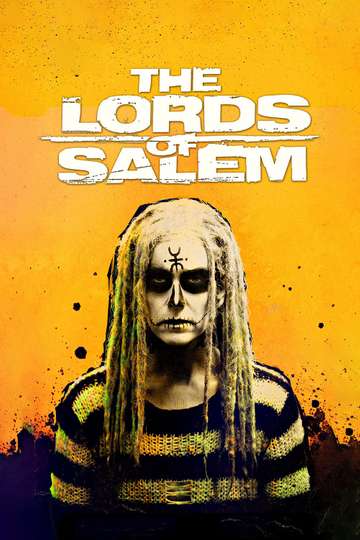 The Lords of Salem (2013)Stream and Watch Online

Looking to watch 'The Lords of Salem' on your TV, phone, or tablet? Finding a streaming service to buy, rent, download, or watch the Rob Zombie-directed movie via subscription can be tricky, so we here at Moviefone want to take the pressure off.

Read on for a listing of streaming and cable services - including rental, purchase, and subscription options - along with the availability of 'The Lords of Salem' on each platform when they are available. Now, before we get into the various whats and wheres of how you can watch 'The Lords of Salem' right now, here are some specifics about the IM Global, Alliance Films, Blumhouse Productions, Automatik Entertainment, Haunted Movies thriller flick.

Released April 19th, 2013, 'The Lords of Salem' stars Sheri Moon Zombie, Bruce Davison, Jeff Daniel Phillips, Judy Geeson The R movie has a runtime of about 1 hr 41 min, and received a user score of 54 (out of 100) on TMDb, which compiled reviews from 683 well-known users.

Curious to know what the movie's about? Here's the plot: "Heidi, a radio DJ, is sent a box containing a record - a "gift from the Lords". The sounds within the grooves trigger flashbacks of her town's violent past. Is Heidi going mad, or are the Lords back to take revenge on Salem, Massachusetts?"

'The Lords of Salem' Release Dates

When the Lights Went Out

Scream of the Banshee

We Are What We Are