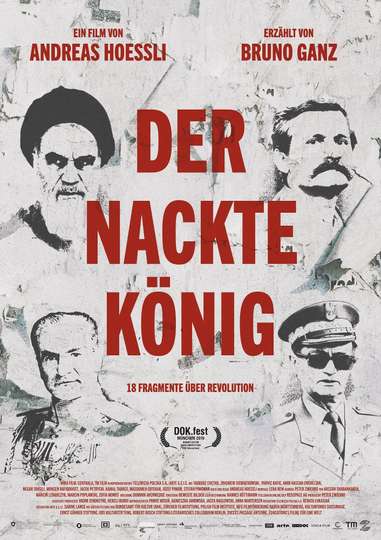 The Naked King - 18 Fragments on Revolution

"A documentary about the revolutions in 1979 and 1980 in Iran and Poland."
Not Yet Rated 1 hr 47 minDocumentary

In 1979, a revolution in Iran. In 1980, a revolution in Poland. The fall of the Shah, the “King of Kings,” in Iran. Mass strikes and the foundation of Solidarność (Solidarity) in Poland. What was in the minds of the young women and men who fomented revolution in their own country? What did they think when their revolution was quelled, or – as in Iran – an authoritarian regime was instituted under the name of an “Islamic Republic”?