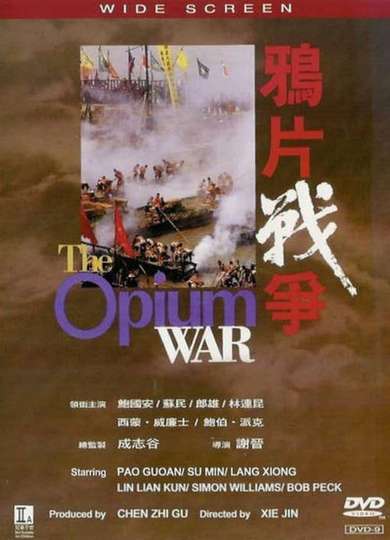 The Opium WarStream and Watch Online

Looking to watch 'The Opium War' on your TV, phone, or tablet? Tracking down a streaming service to buy, rent, download, or watch the Xie Jin-directed movie via subscription can be a huge pain, so we here at Moviefone want to do right by you.

Read on for a listing of streaming and cable services - including rental, purchase, and subscription choices - along with the availability of 'The Opium War' on each platform. Now, before we get into the nitty-gritty of how you can watch 'The Opium War' right now, here are some specifics about the Emei Film Studio war flick.

Released , 'The Opium War' stars Debra Beaumont, Simon Williams, Bao Guoan, Oliver Cotton The movie has a runtime of about 2 hr 33 min, and received a user score of 65 (out of 100) on TMDb, which compiled reviews from 5 experienced users.

Interested in knowing what the movie's about? Here's the plot: "The story of the Opium War between China, in the waning days of the Qing Dynasty, and the British Empire, in the 1830s, and the subsequent takeover of Hong Kong by Britain; through the eyes of the key figures, fiercely nationalistic Lin Zexu, and opportunistic British naval diplomat Charles Elliot."

'The Opium War' is currently available to rent, purchase, or stream via subscription on Amazon Prime Video .