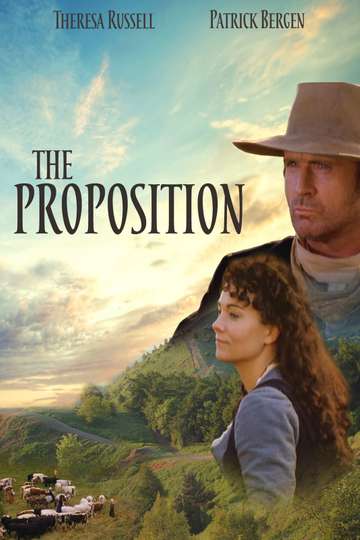 The Proposition (1997)Stream and Watch Online

Fancy watching 'The Proposition' on your TV or mobile device at home? Discovering a streaming service to buy, rent, download, or view the Strathford Hamilton-directed movie via subscription can be tricky, so we here at Moviefone want to do right by you.

Read on for a listing of streaming and cable services - including rental, purchase, and subscription choices - along with the availability of 'The Proposition' on each platform when they are available. Now, before we get into the nitty-gritty of how you can watch 'The Proposition' right now, here are some details about the A-Pix Entertainment, Peakviewing Productions romance flick.

Released February 25th, 1997, 'The Proposition' stars Theresa Russell, Patrick Bergin, Richard Lynch, Richard Harrington The R movie has a runtime of about , and received a user score of 20 (out of 100) on TMDb, which collated reviews from 1 well-known users.

Want to know what the movie's about? Here's the plot: "In early 19th century Wales, Catherine Morgan, a widow with two daughters, must endure the bumpy road to a distant market in order to sell her cattle to save her farm and family."

'The Proposition' is currently available to rent, purchase, or stream via subscription on Amazon Video, Tubi TV, and The Roku Channel .