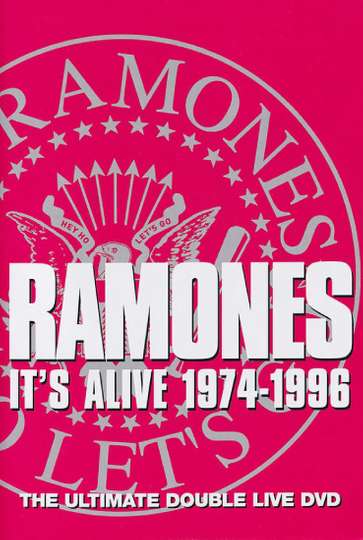 TMDb Score
80
NR Oct 2nd, 2007
Punk forefathers Joey, Johnny, Dee Dee, Tommy, Marky, Richie, and C-Jay Ramone outlasted almost every one of their legions of followers. For over twenty years, they delivered their signature garage-flavored, ear-shattering chainsaw level and pop-skewed sound through a string of now-classic, loud-and-fast punk rock LPs, and 2,263 concerts together. This new two DVD set captures the essence of the legendary racket they made with over four hours of rare and previously unreleased live footage that's the closest you can get to experiencing this blitzkrieg of a band. From their earliest performances at lower Manhattan's CBGBs to international festivals in front of hundreds of thousands of fans, IT'S ALIVE 1974-1996 is your VIP ticket to the Ramones. Inducted into the Rock and Roll Hall of Fame in 2002, the band may be gone, but their sound and influence are indestructible.
Show More
StarringDee Dee RamoneJoey RamoneJohnny Ramone
Full Cast & Crew