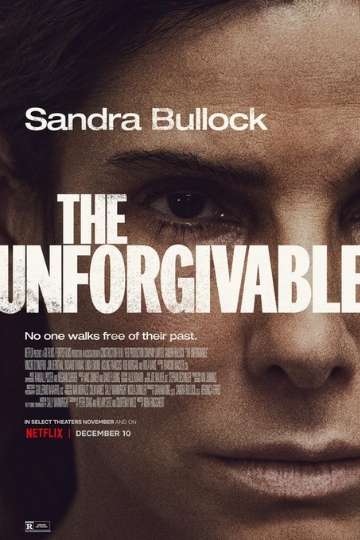 The Unforgivable (2021)Stream and Watch Online

Need to watch 'The Unforgivable' on your TV, phone, or tablet? Discovering a streaming service to buy, rent, download, or view the Nora Fingscheidt-directed movie via subscription can be challenging, so we here at Moviefone want to help you out.

We've listed a number of streaming and cable services - including rental, purchase, and subscription options - along with the availability of 'The Unforgivable' on each platform when they are available. Now, before we get into all the details of how you can watch 'The Unforgivable' right now, here are some particulars about the GK Films, Fortis Films, Red Production Company, Construction Film drama flick.

Released December 10th, 2021, 'The Unforgivable' stars Sandra Bullock, Viola Davis, Vincent D'Onofrio, Jon Bernthal The R movie has a runtime of about 1 hr 52 min, and received a user score of 75 (out of 100) on TMDb, which assembled reviews from 1,406 experienced users.

You probably already know what the movie's about, but just in case... Here's the plot: "A woman is released from prison after serving a sentence for a violent crime and re-enters a society that refuses to forgive her past."

'The Unforgivable' is currently available to rent, purchase, or stream via subscription on Netflix, .

The Last Duel
"The true story of a woman who defied a nation and made history."

The Hand of God

Swan Song
"A thought-provoking exploration of love, loss, and sacrifice."
The Craigslist Killer
"Be Careful What You Search For."
Losing It

Bruised
"It's not a second chance. It's a last chance."

The Matrix Resurrections
"Return to the source."
Dos

The Power of the Dog
The Getaway King
"Women loved him, men admired him"
Spoiled Brats

The Lost Daughter
"Being a mother is a crushing responsibility."