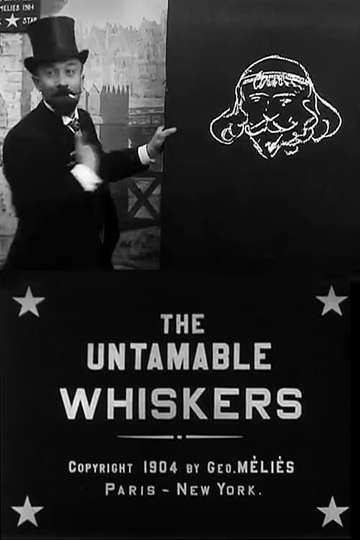 Want to behold the glory that is 'The Untameable Whiskers' on your TV or mobile device at home? Tracking down a streaming service to buy, rent, download, or watch the Georges Méliès-directed movie via subscription can be a huge pain, so we here at Moviefone want to do the work for you.

Below, you'll find a number of top-tier streaming and cable services - including rental, purchase, and subscription alternatives - along with the availability of 'The Untameable Whiskers' on each platform when they are available. Now, before we get into the nitty-gritty of how you can watch 'The Untameable Whiskers' right now, here are some details about the Star-Film, Georges Méliès fantasy flick.

Released March 5th, 1904, 'The Untameable Whiskers' stars Georges Méliès The movie has a runtime of about 3 min, and received a user score of 63 (out of 100) on TMDb, which collated reviews from 32 knowledgeable users.

Interested in knowing what the movie's about? Here's the plot: "The background of this picture represents a scene along the beautiful river Seine in Paris. A gentleman enters, and taking a blackboard from the side of the picture, he draws on it a sketch of a novelist. Then, standing in the centre, he causes the living features of his sketch to appear in the place of his own, which is utterly devoid of whiskers. The change is made so mysteriously that the eye cannot notice it until one sees quite another person in the place of the first. Again another sketch is shown on the board, this one being that of a miser; then an English cockney; a comic character; a French policeman, and last of all, the grinning visage of Mephistopheles. It is almost impossible to give this film a more definite description; suffice it to say that it is something entirely new in motion pictures and is sure to please. (Méliès Catalog)" .