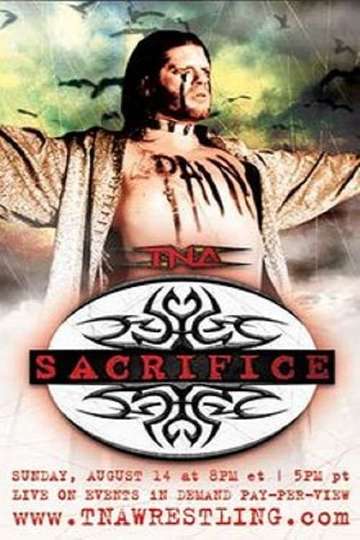 NR Aug 14th, 2005
Sacrifice (2005) was a professional wrestling pay-per-view (PPV) event produced by the Total Nonstop Action Wrestling (TNA) promotion that took place on August 14, 2005 at the TNA Impact! Zone in Orlando, Florida. It was the first show of the Sacrifice series and eighth event in the 2005 TNA PPV schedule. Nine professional wrestling matches and one pre-show match were featured on the card. The main event was a Tag Team match between the team of Jeff Jarrett and Rhino facing the team of Raven and Sabu, in which if Jarrett pinned Raven he would earn a future NWA World Heavyweight Championship match. If Raven pinned Jarrett in the contest, then Jarrett would not receive a championship match for an entire year.
Show More
StarringJeffrey JarrettAllen Neal JonesSabu
Movie DetailsFull Cast & Crew