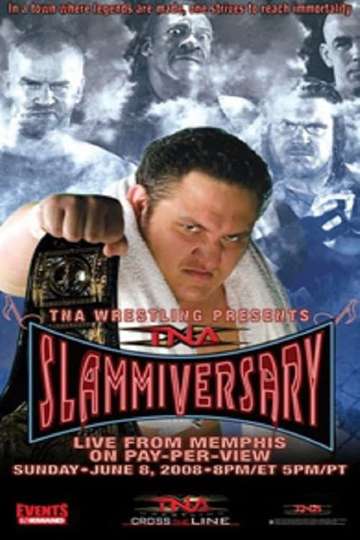 NR Jun 8th, 2008
Total Nonstop Action Wrestling does it again with this three-hour extravaganza that boasts a series of action-packed bouts and bone-crushing matchups between many of the biggest names in the world of wrestling. Highlights include the TNA Grudge Match between Olympic gold medalist Kurt Angle and "The Phenomenal" AJ Styles, and the X Division Championship Match between belt-holder "Maple Leaf Muscle" Petey Williams and up-and-comer Kaz.
Show More
StarringBooker HuffmanNuufolau Joel SeanoaWilliam Jason Reso
Full Cast & Crew