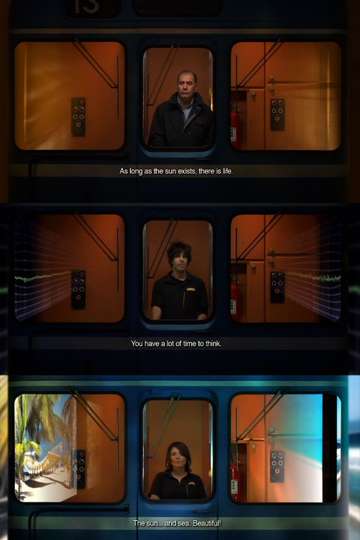 NR 28 minDocumentary
On a regular day, 1,000,000 travelers travel in Stockholm's subway. It is a myriad of lives that can be likened to blood cells in the city's system of arteries. Public transport is like a bloodstream where tunnel train drivers perform the work of the heart. It is largely their merit that the spate of people is pumped around the city's underground without stopping. Tunnel Vision is a film that wants to document and make these visible to everyday anonymous people. The shape of the film is a titled cupboard where the cab driver's cab is depicted from the front. At each station we get to meet a new driver who tells a personal little story. The stories are reinforced by different reflections that sweep across the two side windows of the cab. The tunnels of reality are slowly faded into an inner landscape of visions and passions. The various stories form a relay of associations and thoughts.
Show More
DirectorsMats BigertLars BergstrÃ¶m
Movie Details