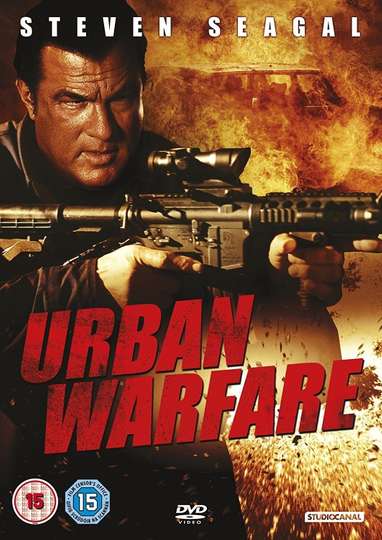 Fancy watching 'Urban Warfare' in the comfort of your own home? Tracking down a streaming service to buy, rent, download, or watch the Keoni Waxman-directed movie via subscription can be a huge pain, so we here at Moviefone want to do the heavy lifting.

Below, you'll find a number of top-tier streaming and cable services - including rental, purchase, and subscription alternatives - along with the availability of 'Urban Warfare' on each platform when they are available. Now, before we get into the fundamentals of how you can watch 'Urban Warfare' right now, here are some finer points about the True Justice 1 Productions thriller flick.

Released , 'Urban Warfare' stars Steven Seagal, Meghan Ory, Warren Christie, William 'Big Sleeps' Stewart The movie has a runtime of about , and received a user score of 51 (out of 100) on TMDb, which collated reviews from 9 experienced users.

Curious to know what the movie's about? Here's the plot: "Elijah Kane's (Steven Seagal) knowledge of espionage tactics reconnaissance equipment and counter terrorism comes from an education that wasn't gained in Seattle's police academy but from years of being deep undercover in the war against terrorism. Kane's history is now causing uncertainty in the team's future as Mason and Radner members of Kane's Special Investigation Unit are badly beaten by masked military-trained men. Working through the confusion that Kane's military past is causing Sarah and Juliet are after yet another serial rapist in Seattle. The SIU is put on the case only after it proves too much for Lt. Humphreys' (guest star Rachel Luttrell) Special Victims Bureau. The team's caseload continues to rise when they find the bodies of runway models killed in a fashion too disturbing for even this SIU team. Two cases are never the same and the SIU team is stretched thin by the gaining strength of Seattle's crime world in this Urban Warfare."

'Urban Warfare' is currently available to rent, purchase, or stream via subscription on Redbox, Amazon Video, Plex, and Tubi TV .