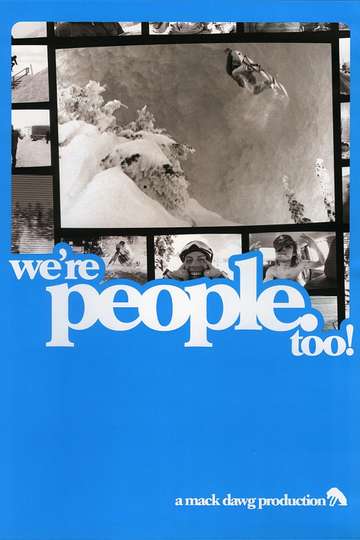 G Aug 7th, 2007Documentary
We're People Too! and 2007 will feature all the things kids love about a proper video from some fun-loving PEOPLE. The movie will start with an intro and will then fade into first part. Since fresh blood is running thick in this year's roster, first part could end up being a big surprise. Next comes the rest of the movie, which you won't want to fast forward, followed by last part, which might be given to one of these talented trend setting characters: Austin Smith, Bode Merrill, Bryan Fox, Filippo Kratter, Jon Kooley, Jordan Mendenhall, Josh Mills, JP Tomich, Justin Hebbel, Nima Jalali, Pat McCarthy, Ryan Thompson, Shaun McKay, Stephen Duke, Zac Marben
Show More
DirectorPierre Minhondo
StarringAustin SmithBode MerrillBryan Fox
Full Cast & Crew