Dec 20, 2018 - Before she was Wonder Woman, she was Diana, princess of the Amazons, trained to be an unconquerable warrior. Raised on a sheltered island paradise, when an American pilot crashes on their shores and tells of a massive conflict raging in the outside world, Diana leaves her home, convinced she can stop the threat. Fighting alongside man in a war to end all wars, Diana will discover her full powers ... and her true destiny. "Wonder Woman" hits movie theaters around the world June 2nd, 2017, when Gal Gadot returns as the title character in the epic action adventure from director Patty Jenkins. Joining Gadot in the international cast are Chris Pine, Robin Wright, Connie Nielsen, David Thewlis, Danny Huston, Elena Anaya, Ewen Bremner, Lucy Davis, Lisa Loven Kongsli, Eugene Brave Rock, and Said Taghmaoui. 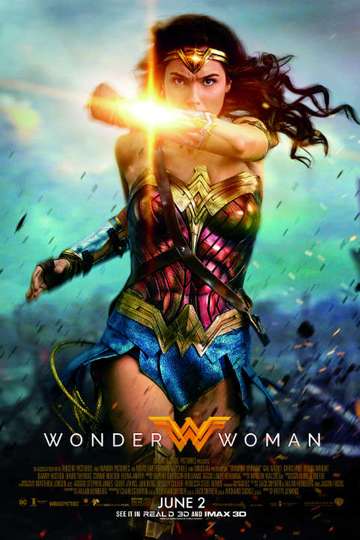 Justice League
Fuelled by his restored faith in humanity and inspired by Superman's s...

Guardians of the Galaxy Vol. 2
The Guardians must fight to keep their newfound family together as the...

Beauty and the Beast
A live-action adaptation of Disney's version of the classic tale of a...

Captain America: Civil War
Following the events of Age of Ultron, the collective governments of t...

Logan
In the near future, a weary Logan cares for an ailing Professor X in a...