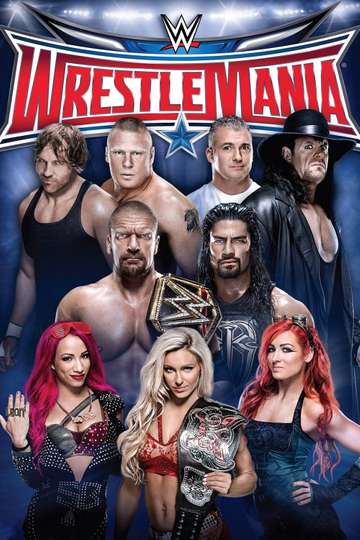 TMDb Score
69
NR 4 hr 57 minApr 3rd, 2016Drama, Action
WrestleMania 32 was thirty-second annual WrestleMania professional wrestling pay-per-view (PPV) event produced by WWE. It took place on April 3, 2016, at AT&T Stadium in Arlington, Texas. This was the third WrestleMania to be held in the state of Texas after 2001 and 2009, and the first to take place in the Dallas-Fort Worth Metroplex area.
Show More
DirectorKevin Dunn
StarringLeati Joseph Anoa'iPaul Michael LÃ©vesqueJohn Cena
Where to WatchFull Cast & Crew

A Million Ways to Die in the West
As a cowardly farmer begins to fall for the mysterious new woman in to...