Joey King Kicks Butt in the Trailer for ‘The Princess’

It’s a high-octane promo for the new fantasy film. 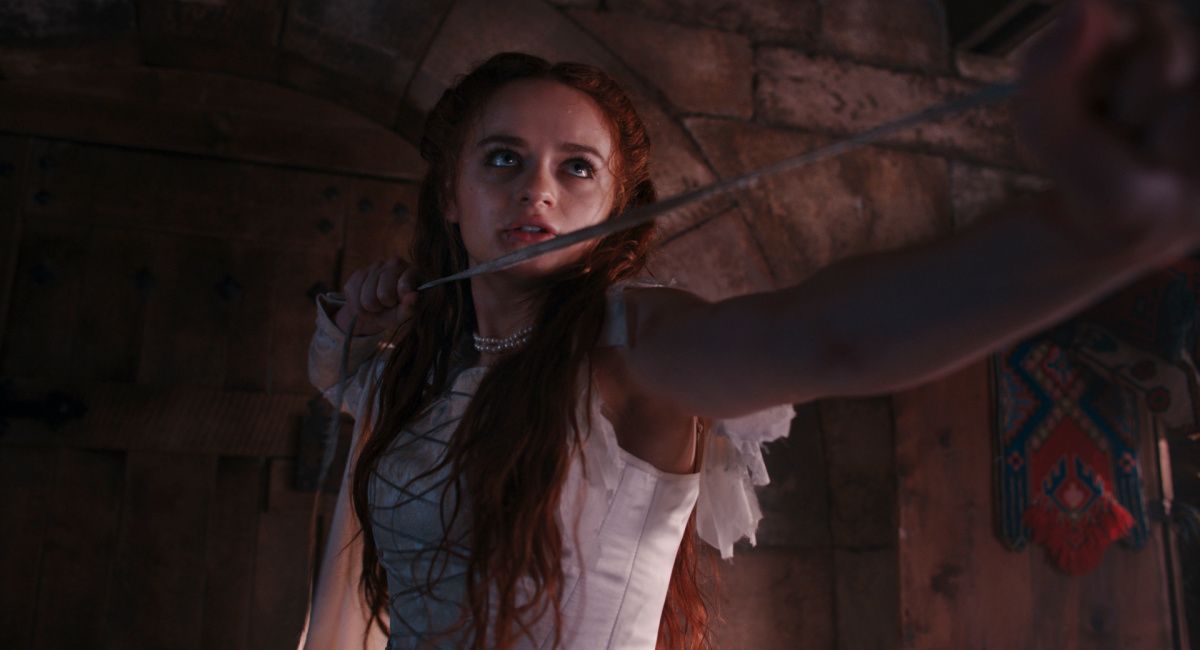 There is a history of tough princesses in movies – there’s the likes of Princess Fiona (voiced by Cameron Diaz) in the ‘Shrek’ franchise, while on TV we’ve had Bean (Abbi Jacobson) in ‘Disenchantment’.

Now we can add Joey King’s thus-far unnamed royal butt-kicker to the list for new Hulu movie ‘The Princess’.

In the story, she’s a strong-willed princess who refuses to wed the cruel sociopath (Dominic Cooper, giving it his best snarling schmuck) to whom she is betrothed, is kidnapped, and locked in a remote tower of her father’s castle. With her scorned, vindictive suitor intent on taking her father’s throne, the princess must protect her family and save the kingdom.

Instead of singing songs about her predicament, she decides to take matters into her own hands – and feet – laying the smack down on anyone who tries to oppress her. She’ll have help from ‘The Old Guard’s Veronica Ngo, who helps train the princess in the martial arts, which will come in handy when she has to keep battling people. And she mostly has to do it while clad in a lacy dress. That includes falling down huge chambers on top of someone she’s busy beating up and swinging from a tower in a way that would make Rapunzel jealous.

This one looks like a whole heap of fun – with King’s character taking down leering henchmen and all manner of guards while performing the sort of stunts that would probably make your average princess wish they could get up to this sort of John Wick-style action. We could perhaps picture ‘Frozen’s Anna kicking some ass, but few others.

The new movie comes courtesy of ‘Furie’s Le-Van Kiet, who directs from a script by Ben Lustig and Jake Thornton. And you might not be too surprised to learn that ‘Fast & Furious’ veteran producer Neil H. Moritz and ‘John Wick’ writer/producer Derek Kolstad are involved behind the scenes. King, who has become increasingly involved in guiding her own career, is also a producer.

And clearly tough princesses are on lots of people’s minds right now – also in production is ‘Damsel’, in which ‘Stranger Things’ Millie Bobbie Brown plays a similarly strong princess who realizes that her upcoming marriage is all part of a plan to sacrifice her to a hungry, fire-breathing dragon and decides that she’s going to do something about it. That one, which Juan Carlos Fresnadillo is directing for Netflix, also features Shohreh Aghdashloo, Nick Robinson, Ray Winstone, Angela Bassett, and Robin Wright (who has form as a princess thanks to legendary fantasy satire ‘The Princess Bride’).

‘The Princess’ will hit Hulu on July 1st.

‘The Princess’ will hit Hulu on July 1 st.