'Bloodline' to Conclude on Netflix After Season 3: Report 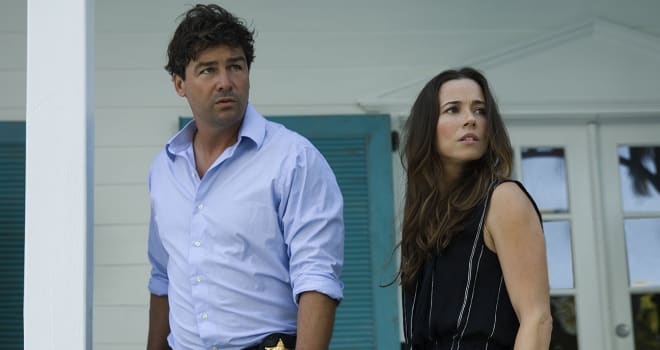 "Bloodline" may lose its lifeline.

According to The Hollywood Reporter, Netflix has informed the family drama's production studio, Sony Pictures Television, that the upcoming third season will be its last on the streaming service. Netflix also reduced the episode order from 13 to 10, and cut licensing fees.

In a report about Netflix's inner workings, THR noted that budget overruns on Baz Luhrmann's "The Get Down" caused tension between the platform and Sony (which also produced the musical drama). It had previously been expected that "Bloodline" would likely get a fourth season. In addition, Florida cut its filming tax incentives, putting projects like "Bloodline" and HBO's "Ballers" into jeopardy.

Creators Todd A. Kessler, Daniel Zelman and Glenn Kessler have talked openly about planning for a five- or six-season arc about the Rayburn family in the Florida Keys. "When we pitched it and we thought about it, we were thinking five to six seasons down the line because we wanted to make sure it could hold that much material," Zelman told THR. "So we certainly have ideas for where everything could go and hopefully where everything will go."

It's impossible to determine if "Bloodline" received poor ratings, as Netflix does not make those figures public. Buzz never seemed to grow around the series, but it has received accolades, including Emmy nominations for both Kyle Chandler and Ben Mendelsohn two years in a row.

Netflix has not confirmed the news, but if true, it would mark a rare cancellation for the streaming service. Aside from "LIlyhammer" and "Hemlock Grove," which both ran for three seasons, none of its other original series have been canceled. But it's possible that Sony could shop around "Bloodline" should the axe fall.