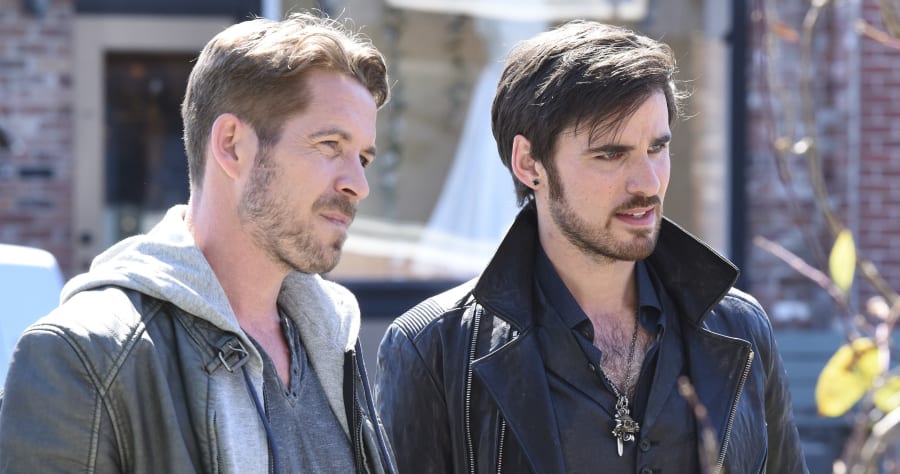 When the story book closes on "Once Upon a Time," it'll be one big, happy family reunion.

ABC revealed on the show's Facebook page that quite a few familiar faces will be returning in one or both of the final two episodes of the fairytale drama. They include: Sean Maguire (Robin Hood), Robbie Kay (Peter Pan), Joanna Garcia (Ariel), Victoria Smurfit (Cruella De Vil), Tony Amendola (Marco), Lee Arenberg (Leroy), and Keegan Tracy (Mother Superior).

It was previously announced that Jared Gilmore (Henry Mills) and Bev Elliott (Granny Lucas) would appear when the series takes a bow after seven seasons.

Last month, when ABC announced "OUAT" was ending, showrunners Adam Horowitz and Edward Kitsis teased that characters from the past would show up in the finale.

"We are not trying to replicate what we did last year. We feel like that was a perfect ender to that book," Kitsis told Entertainment Weekly.

"We think we are going to wrap up the threads that we have introduced this year, and hopefully give people a big 'Once' finale sendoff in the grand traditions of when we do alternate world endings."

tags Once Upon a TimeABCouat

'Once Upon a Time' Series Finale to Bring Back Emma, Snow White, Prince Charming

'Once Upon a Time' Season 7 Adds New Wicked Witch, Brings Back Belle's Son

'Once Upon a Time' Creators Explain Season 7's New Curse

11 Times Regina Was the Dark Queen of Our 'OUAT' Dreams