The ‘Watchmen’ star and ‘Once Upon A Time in Hollywood’ actress discuss their new movie, which also stars Chris Messina. 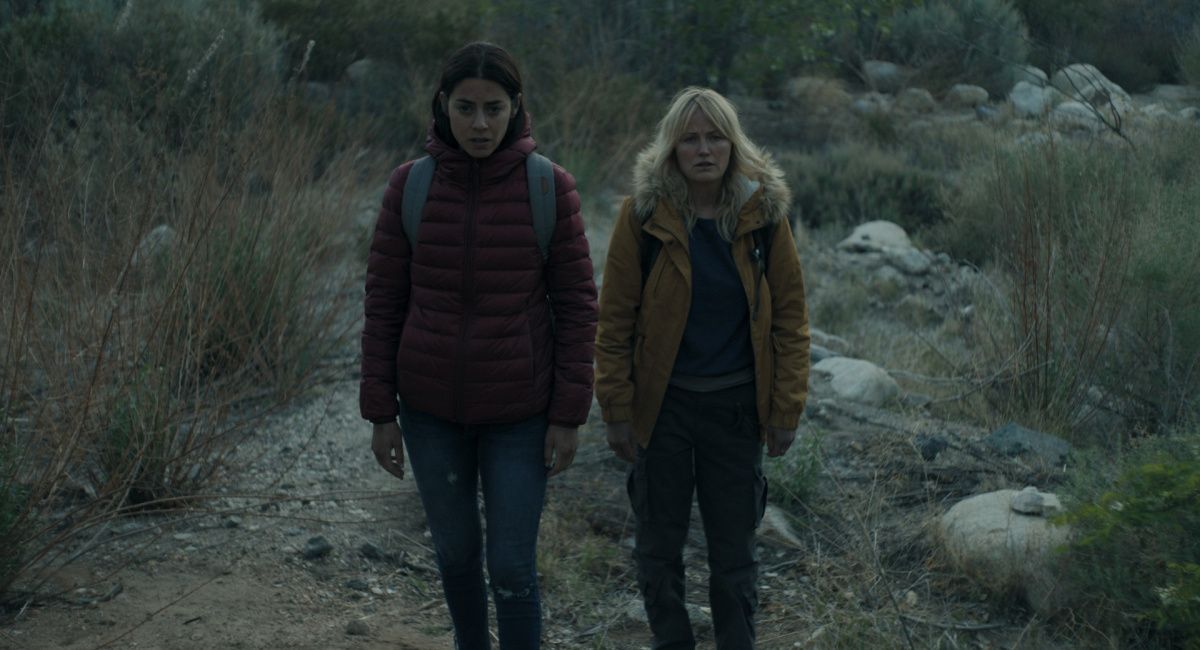 (L to R) Lorenza Izzo and Malin Akerman in 'The Aviary.'

Opening in theaters on April 29th is the new thriller ‘The Aviary,’ which was written and directed by Chris Cullari and Jennifer Raite.

The movie follows Jillian (Malin Akerman) and Blair (Lorenza Izzo), two women who flee into the New Mexican desert to escape from an insidious cult and its leader (Chris Messina).

Moviefone recently had the pleasure of speaking with Malin Akerman and Lorenza Izzo about their work on ‘The Aviary.’

You can read the full interview with Malin Akerman and Lorenza Izzo below or watch the interviews by clicking on the video player above.

Moviefone: To begin with, Malin how do you prepare for a role like this?

Malin Akerman: You dig really deep and find all the craziness inside you. It really was a group effort and a lot of discussions with Lorenza and our directors to figure out how we were going to play this and what they wanted to portray.

Because it's a battle within yourself, having been brainwashed. How you trust yourself after having gone through something like that. So, it was definitely a lot of discussions while we were shooting before we were trying to figure out exactly what the journey was.

MF: Lorenza, did you do any research into real-life cults and the people who have been affected by them, and if so, how did that research prepare you to play this role?

Lorenza Izzo: Yeah, definitely. I think for every project I've ever done, there's a particular road of research to get to where you want to be. This wouldn't require a lot of collaboration with our directors, Jen and Chris, and with Malin, I think this one was so much about letting go and really being in there. There was a lot of just physical geographical demands of being out in the desert on night shoots, being really crazy hot and alone in the middle of COVID just with Malin.

We were really trusting each other and diving into the words that were there, which are all about our own journeys with our minds and how much we can trust them, and trust each other while escaping this brutal situation. So much of it was already there that the research was a constant struggle for me, trying to figure out what was actually happening.

(L to R) Malin Akerman, Lorenza Izzo and Chris Messina in 'The Aviary.'

MF: Malin, can you talk about the control that Seth has over Jillian and Blair, and how something like that happens?

MA: I think it takes a particular type of person. They're always very charming and manipulative, and I think it's caught in a moment, no matter what, as humankind we want to fit in and be accepted somewhere.

If you feel alone and if you're in a moment in time where you're feeling vulnerable and you're a bit lost, some of the smartest people that I have met have been part of something that is very cult like. They’ve come out and just said, it was a moment in time and a lot of these, so to say, cults present themselves as some sort of a self-help and a way out of your current situation.

MF: Lorenza, Blair insists that she did not willingly join the cult. Can you talk about that?

LI: This is all so much about humanity. We were saying earlier it is about fitting in, right? It's about understanding our whole journey through our lives. It's like, who am I, what am I doing? What's my crowd? Who are my people? How do I find myself?

I think for her, admitting that she had joined something like that, like the Aviary is just too hard at the beginning. When we meet Blair, there's just something about admitting what she actually went through. This just requires too much shock and trauma to process that right now. I think at that moment, she's just like, I need to get out. I need to get through this.

There's also a lot between Blair and Jillian. Blair looked up to Jillian. So, there's so much of her asserting herself as an individual. At the same time going, you brought me to this. You're kind of the reason why I stuck around. So, don't tell me I joined a cult because I didn't. I came to find myself and here I am. So, there's just a lot of different layers going on over there.

(L to R) Lorenza Izzo and Malin Akerman in 'The Aviary.'