As women make strides in the industry, the normalization of parenthood - and particularly motherhood - as a positive part of the process, rather than a derailment continues. In that spirit, here are ten women who found creative inspiration from their pregnancies, and how they channeled it into their work. 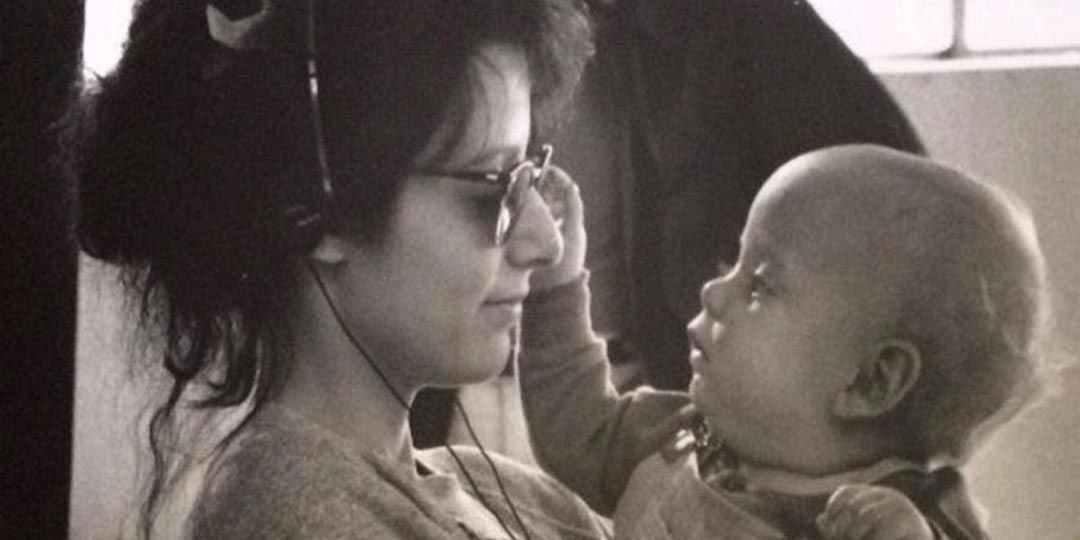 Director Amy Heckerling on the set of 'Look Who's Talking'

Coming off of her hit film ‘Fast Times At Ridgemont High,’, Heckerling became one of the first female filmmakers to work regularly in the studio system. Her third film was the second film in the Vacation series: ‘National Lampoon's European Vacation’. Heckerling was pregnant during the post-production phase of the film. Her experiences with balancing motherhood and working on Hollywood inspired her next film ‘Look Who's Talking’. A surprise hit, the film starring John Travolta and Kirstie Alley became the 4th highest grossing film of 1989. Featuring Bruce Willis as the voice of baby Mikey, ‘Look Who's Talking’ was a frank look at modern motherhood, spawning multiple sequels.

Director Kasi Lemmons on the set of 'The Caveman's Valentine' just after the birth of her second child.

While in pre-production for her debut ‘Eve’s Bayou’, Kasi Lemmons says she had lucid dreams due to her pregnancy. One dream where she was flying and drowning at the same time became a monologue in the film, which was named the best film of 1997 by film critic Roger Ebert. Although she found inspiration in her pregnancy, there was also hardship. She recalls working a 13-hour day on set caused her milk to dry up. She then had her second child during the pre-production of her second film, 2001’s ‘The Caveman’s Valentine’. Lemmons made three more films, including the Oscar-nominated ‘Harriet’.

Cobie Smulders and Gail Bean in 'Unexpected,' based on director Kris Swanberg's own pregnancy.

‘Unexpected’ (2015) star Cobie Smulders was actually pregnant during the production of the film, in which she plays a pregnant teacher who connects with her student also dealing with an unexpected pregnancy. The film was based on Swanberg’s experience during her first pregnancy, when at six months pregnant a student shared she was also expecting. Swanberg was expecting her second child a few weeks after the film debuted in summer of 2015.

Bel Powley and Alexander Skarsgård in 'The Diary of a Teenage Girl.' Director Marielle Heller became pregnant as the film wrapped production.

Heller told Vogue that before having her first child she spoke with several other women in the industry who said having a child during the post-production process was an easier feat. Although these things can’t really be planned, Heller indeed became pregnant as the filming on ‘The Diary of a Teenage Girl’ wrapped. It debuted at the Sundance Film Festival and went on to win the best first feature award at the Independent Spirit Awards. Heller has since directed two more features and a documentary.

The Diary of a Teenage Girl

Reed Morano broke out after shooting the Oscar-nominated film ‘Frozen River’ in 2008. After taking calls with agents while pregnant with her first child and not hearing back, Morano was determined not to let this descrimination get to her. Then a photograph of her eight-months pregnant wearing a 50-pound camera on the set of the Sundance darling ‘Little Birds’ in 2011 sent shockwaves through the industry. Female cinematographers are rare, and the photograph showed that pregnancy was no barrier to work. Her eldest son Casey had a small role in her directorial debut ‘Meadowland,’ and she has since directed two more features and dozens of episodes of television including the pilot for Hulu’s ‘The Handmaid’s Tale’.

A scene from 'Mustang.' Director Deniz Gamze Ergüven was pregnant during production.

Deniz Gamze Ergüven discovered she was pregnant just a week before securing financing for her debut film ‘Mustang’. Then her producer dropped out three weeks before production was set to start in her native Turkey. She scrambled to find a new producer and line production company that would work with her despite her pregnancy. In the end, the film was made and garnered an Oscar nomination in the Best International Film category.

Alice Lowe told Moviemaker Mag that once she became pregnant she knew she might never get to direct. Friends told her to keep her pregnancy a secret so she wouldn’t lose work as an actress. All this pressure led to the idea for ‘Prevenge,’ in which a woman is convinced her foetus is compelling her to commit murder. She was in her second trimester while directing and starring in the film, completing the post-production after giving birth. The black comedy went on to premiere at the 2016 Cannes Film Festival.

Director Clare Scanlon and Zoey Deutch on the set of 'Set it Up.'

Clare Scanlon was seven months pregnant in the spring of 2015 when she directed an episode of ‘The Last Man On Earth’ - the first woman to helm an episode of the hit comedy show. A few years later she was eight months pregnant with her second child while directing her feature film debut ‘Set It Up’. That film, along with another female-directed film ‘To All The Boys I’ve Loved Before’, was cited as the beginning of Netflix’s romantic comedy renaissance.

Saoirse Ronan & Greta Gerwig on the set of 'Little Women.'

Gerwig became only the 5th woman ever nominated for best director at the Academy Awards for her debut film ‘Lady Bird’ (2017). She followed that up with an adaptation of Louisa May Alcott’s beloved classic novel ‘Little Women’. She was six months pregnant during the shoot, but didn’t tell anyone on set. She gave birth 24 hours after delivering her rough cut to the studio. Although the film received a Best Picture nomination, Gerwig was pointedly snubbed for a second Best Director nomination.

Making history as one of only seven women ever nominated for Best Director - and in the first year when multiple women were nominated in the category - Emerald Fennell shot her divisive film ‘Promising Young Woman’ in 23 days while she was seven months pregnant. Of the shoot she told RogerEbert.com, “women do much harder things—much harder things—than direct films when they’re seven months' pregnant.” The film debuted at the 2020 Sundance Film Festival, but due to the pandemic was pushed from a spring release to a Christmas release. The film ultimately received five Oscar nominations - three for Fennell herself as director, producer, and Best Original Screenplay. She won in the latter category - and accepted her award visibly pregnant with her second child. You love to see it.