See the likes of Lance Reddick, Tamara Smart and Siena Agudong in action. Plus, mutant dogs! 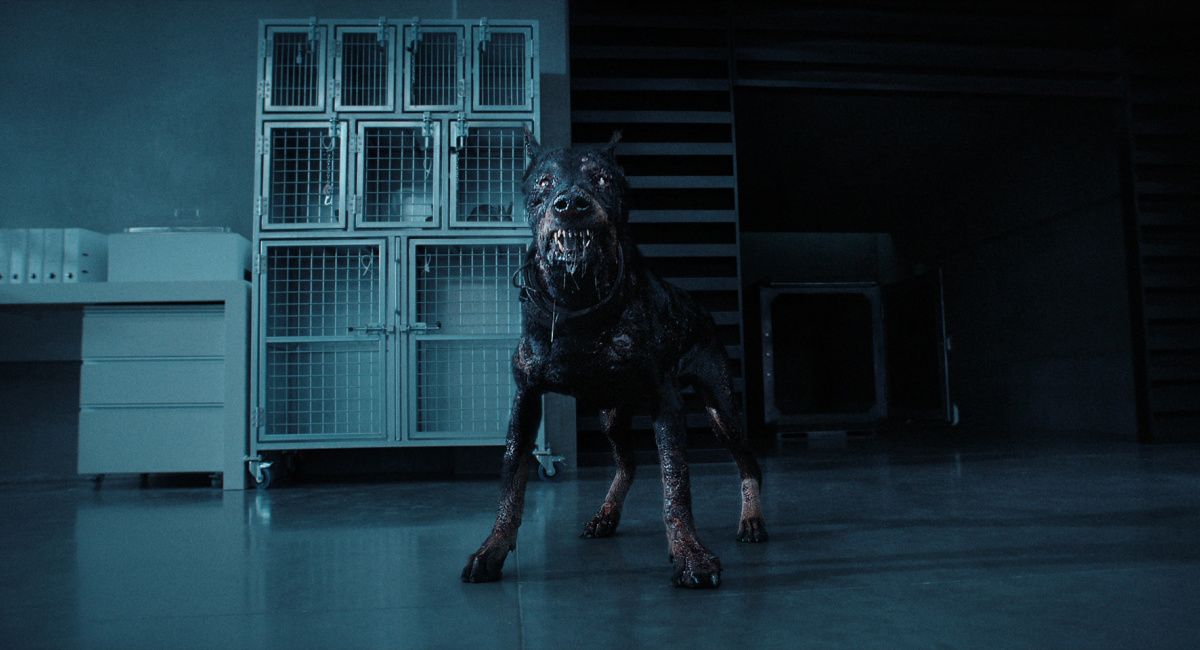 Following on from the most recent teaser last month, we now have new pictures of the various characters from Netflix’s ‘Resident Evil.’

This eight-episode series, adapted from the hugely popular video games, is partly set the year 2036. 14 years after the spread of Joy caused so much pain, Jade Wesker (‘Charlie’s Angels’ Ella Balinska) fights for survival in a world overrun by the blood-thirsty infected and mind-shattering creatures. In this absolute carnage, Jade is haunted by her past in New Raccoon City, by her father Albert’s (Lance Reddick) chilling connections to the sinister Umbrella Corporation but mostly by what happened to her sister, Billie. She’s helped by her husband Raj (Ahad Raza Mir).

And then there’s the 2022 story, in which the 14-year-old Wesker sisters move with their family to New Raccoon City where they’re forced to endure adolescence in a manufactured, corporate town, one with dark secrets. While Reddick occurs across both time periods, the sisters here are played by Tamara Smart and Siena Agudong.

Talking with Entertainment Weekly, show-runner Andrew Dabb expounded on the various characters. "Jade is snarky and snappy, but at the same time, deep down, she is a person that takes things very seriously in a crisis,” he says. “Because of how she was brought up, she put up a lot of walls. Jade is someone who walks around in a suit of armor." We’re not sure we blame her!

As for Billie, Dabb has this to say: "You've got a character who is really caring and maybe a little less forthright than her sister, but also someone that's struggling with some of her own demons. This is a character that cares deeply about people and about animals. She's someone who is vegan and someone who supports PETA. She's the kind of person who doesn't step on an ant. She takes it outside."

And then there’s the dual timeline idea, a first for the adaptation of the source material. "The hope is they build, one off the other. The idea is you'll see things in the future storyline,” says Dabb. “You're like, 'Wait! How did that happen?' And then that episode, or a couple of episodes later, you'll get the answer. In some ways, the future storyline itself is a mystery. How did people get here? How did these relationships change? And it's all explained, but it's explained in a way that we've jigsawed it together. If you're watching it, you'll be able to see how all the threads start to weave together as we move through the story."

Netflix’s ‘Resident Evil’ will land on the streaming service on July 14th, so get ready for all manner of infected and undead creatures to come stalking, running and, just possibly, exploding across your screen.