Moviefone speaks with Ryan Philippe and Matthew Gentile about ‘American Murderer.’ "What I responded to was the laser focused script," the actor said.

Opening in theaters on October 21st and on demand and digital on October 28th is ‘American Murderer,’ which was written and directed by first time filmmaker Matthew Gentile and is based on a true story.

The new movie follows the true story of Jason Derek Brown (Tom Pelphrey) a charismatic con man bankrolling his extravagant lifestyle through a series of scams. Hot on his trail is Lance Leising (Ryan Phillippe), an FBI special agent determined to put Brown behind bars.

Running out of money and luck, Brown plots an elaborate scheme that ends in the murder of an innocent man, and the unlikely and elusive fugitive ending up on the FBI’s most-wanted list.

Moviefone recently had the pleasure of speaking with writer/director Matthew Gentile and actor Ryan Phillippe about their work on ‘American Murderer,’ the true story it is based on, why Gentile wanted to make the film, and how Phillippe prepared for his role. 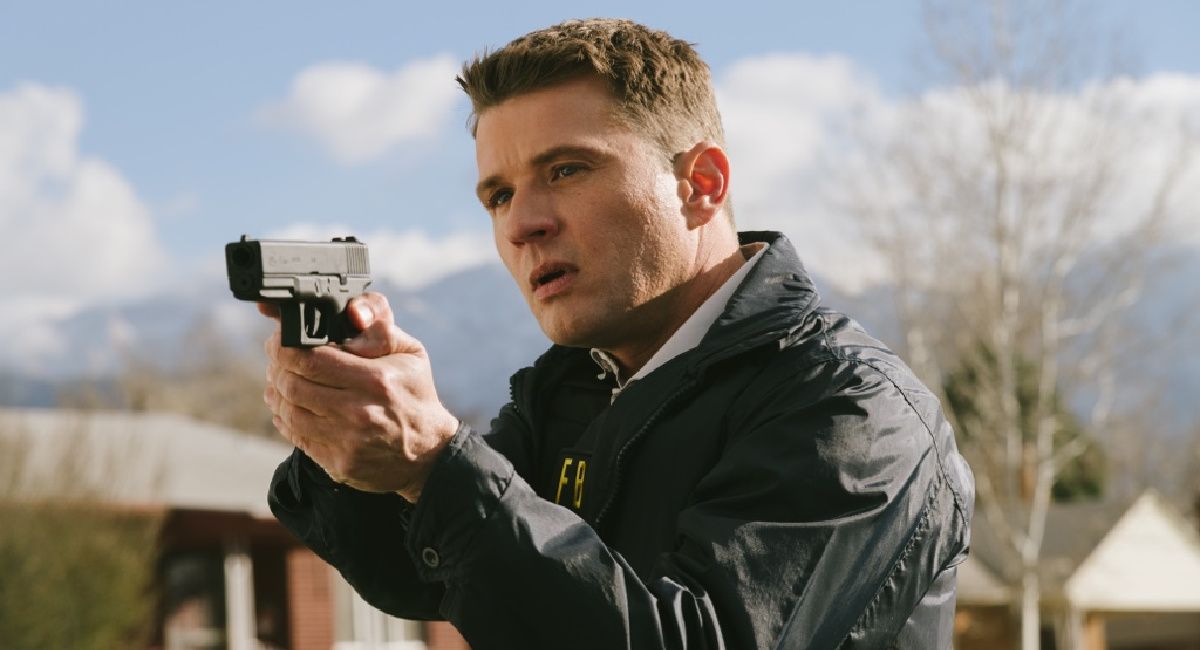 You can read the full interview below or click on the video player above to watch our interviews with Gentile, Phillippe, and Tom Pelphrey.

Moviefone: To begin with, Matthew, what fascinated you about Jason's true story and what made you want to make this particular movie?

Matthew Gentile: Before I wanted to be a filmmaker, I wanted to be an FBI agent. So, I wanted to be Ryan's character in the movie, and when I was 14 this crime happened. I had heard about it because I used to go on the FBI website and I would look at the top 10 fugitives. Just normal kid habits, right? I was very interested in fugitives and criminals. Jason's face stuck out because on the Top 10 list you have menacing faces, Whitey Bulger, Osama Bin Laden, and then this surfer dude from Southern California. I was immediately interested in the story.

Just from there, years later I was graduating film school and I was figuring out what my first feature was going to be. The news came up that this guy was still missing, and once his face literally popped on the screen I just immediately remembered it and I said to myself, "This guy is still missing, what happened here?" I started watching everything I could about it and reading everything I could, and I asked myself, "Why isn't this a movie?" That really began the journey that was ‘American Murderer.’

It initially started as a character study of a charismatic con man and it was a pot-boiler, noir, because I used to love film noir growing up. I grew up watching TCM and ‘Noir Alley’ with Eddie Muller so I was very into that kind of thing. It makes sense that I would do this kind of film to anyone who knows me, but the thing that really drew me in was this was a story about someone who meant so many different things to so many different people.

He was loved by a lot of people. He was a lover, he was a brother, he was a criminal, he was a scallywag, he was all of these things and everything in between. I just was really fascinated by that, and this real dichotomy of Ryan's character, Lance Leising, who was hunting him, the criminal. It had the elements of a neo-western to me, a sheriff and an outlaw, and it was really a story that, I thought, had everything that would make for a movie that I would pay to go see on Friday night.

MF: Ryan, what was your approach to playing Lance Leising, and did you have an opportunity to talk to him or any of the actual FBI agents that worked on this case?

Ryan Phillippe: I didn't actually get to talk to Lance. There was some footage of him. There were obviously quotes of his in various articles that we read. It helps as an actor to prepare when the person you're playing existed or does exist currently. I've done a fair number of projects where I've played various members of law enforcement, FBI, military, so that comes naturally to me at this point.

What I really responded to was the laser focused nature of this script and the fact that Matthew wrote it in such a way that it felt almost like a documentary in its focus simplicity. There weren't these manufactured overwrought moments of drama. It played out in a way that I felt that was very realistic, and my character's goal in this, is very simple.

He doesn't fulfill that goal ultimately, because Jason Derek Brown is still at large, and maybe people seeing this film will change that. Maybe he'll finally be brought to justice, but I was really drawn in by Matthew's script, his take on the project, the even-handed nature in which he was willing to tell this story, and that's why I wanted to be a part of it. And look at this fantastic cast. Tom does an excellent job. Everyone does. It's really a cool thing to be a part of.

MF: Finally, how does Lance really feel about Jason? Is he obsessed with catching him because he can’t believe this guy is getting away with it?

RP: Absolutely. Yeah. They are polar opposites, I think, as human beings and personalities, and certainly from a morality standpoint. I think that's what gets under Lance's skin.