“I’d be excited but I’d be apprehensive as well,” the rising star says about the MCU take on the iconic hero. 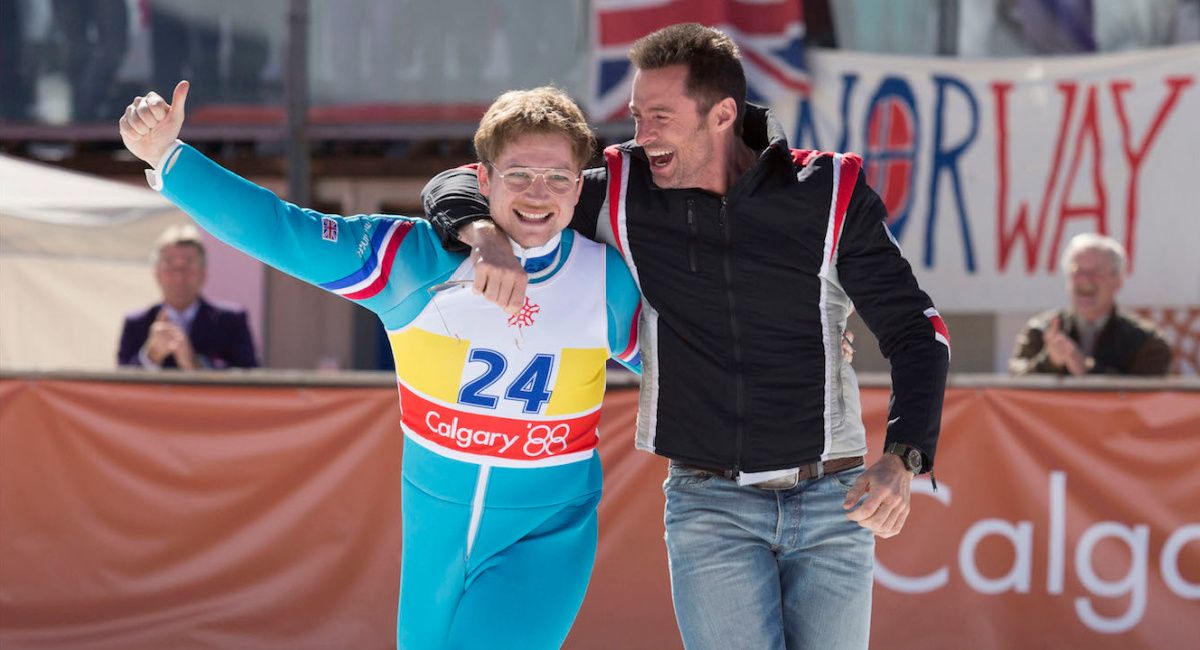 (L to R) Taron Egerton and Hugh Jackman in 'Eddie the Eagle.'

Taron Egerton has done a lot in a relatively short career so far. In the last decade, he’s gotten a big break via Matthew Vaughn’s ‘Kingsman’ spy caper franchise, played a few real people (including Eddie the Eagle and Elton John), been nominated for several awards and lent his voice to a couple of successful animated movies in the ‘Sing’ movies.

One milestone he hasn’t hit for a young rising star is getting the call from Marvel Studios for a meeting about a potential role. Or has he? According to a new interview with the New York Times, he has. And they talked about him potentially playing Wolverine.

“I don’t think it would be wrong to say that,” he tells the paper. “I’d be excited but I’d be apprehensive as well, because Hugh is so associated with the role that I’d wonder if it’d be very difficult for someone else to do it.”

“Hugh”, of course, is Hugh Jackman, the man who played Logan/Wolverine across different X-Men movies for two decades, finishing up – at least, for now – with 2017’s ‘Logan’, which effectively killed off his character. But as we all know, superheroes rarely stay dead and even with Marvel looking to reboot the mutant characters following its purchase of 20th Century Fox, he could still return.

Patrick Stewart, for example, recently played an alternate Professor Charles Xavier in ‘Doctor Strange in the Multiverse of Madness’. So the door is open to Jackman should he wish to don the claws again. He’s said, though, that he’s effectively done playing the character, especially given the tough training regime it requires.

Still, if Egerton is looking to get Jackman’s blessing to take over the role, at least he has a relatively direct line to the man, since they worked together on ‘Eddie the Eagle’.

We can certainly see Egerton in the role of the long-lived, fast-healing and metal-clawed mutant, as he’s got the dramatic chops to bring the character to life and can get to the physical place.

As of right now, we have to leave this in the rumor zone, since there have been no announcements (not that we’d expect anything official from Marvel until the company is ready to say something). Still, Taron seems excited even by just the potential idea. “Hopefully if it does come around, they’ll give me a shot,” he says.

Marvel’s future plans, of course, are a mystery beyond the current planned films and shows but given the company’s planned presence at this month’s San Diego Comic-Con, we’re expecting to hear more about the plans for the next phase in the Marvel Cinematic Universe on screens both big and small. Could we see Egerton bound on stage to a rapturous welcome? You never know.

Meanwhile, he’ll be back on our screens via Apple TV+ limited series ‘Blackbird’, debuting this Friday.