Dragons -- they grow up so fast! Remember when Drogon, Viserion, and Rhaegal were just wee little things covering their Mhysa's naked body at the end of "Game of Thrones" Season 1? HBO will soon give us the penultimate Season 7, and Daenerys Targaryen's (Emilia Clarke) babies are much, much bigger now.

As director Matt Shankman told Entertainment Weekly, "The dragons this year are the size of 747s. Drogon is the biggest of the bunch — his flame is 30-feet in diameter!"

For comparison, here's a 747 with its own version of flames (although, in this case, they are extinguishing fire): 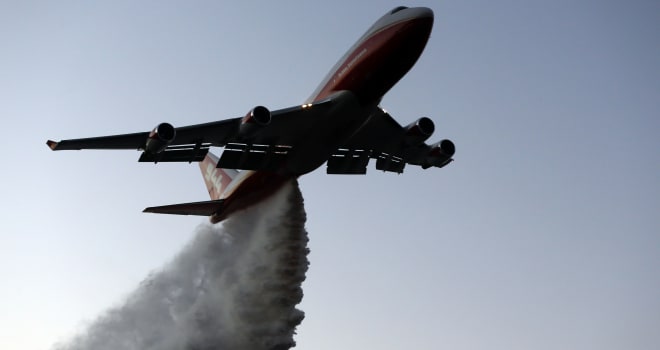 And here are Dany's kids over the years:

"Game of Thrones" Season 6 ended with Dany and her dragons -- and her army -- crossing the Narrow Sea to conquer Westeros. The Seven Kingdoms will probably need her kids's dragon fire to fight the white walkers north of The Wall. Winter is no longer coming, it is here, and the Season 7 poster (and that ice melting stunt) have already prepared us for a battle of ice and fire.

Season 7 has seven episodes and it begins Sunday, July 16 on HBO. Season 8, the final season, will only have six episodes.

Watch an exclusive clip from 'Save Yourselves!'

'Sing Me a Song' Trailer