When it rains, it pours! Earlier this week, "Outlander" fans finally learned that the #Droughtlander would end when Season 3 premieres in September. Now, they can feast their eyes on two new photos, released by Entertainment Weekly.

The first pic introduces Lord John Grey (David Berry), an English solder who has a very sullen Jamie (Sam Heughan) in captivity after the Battle of Culloden. 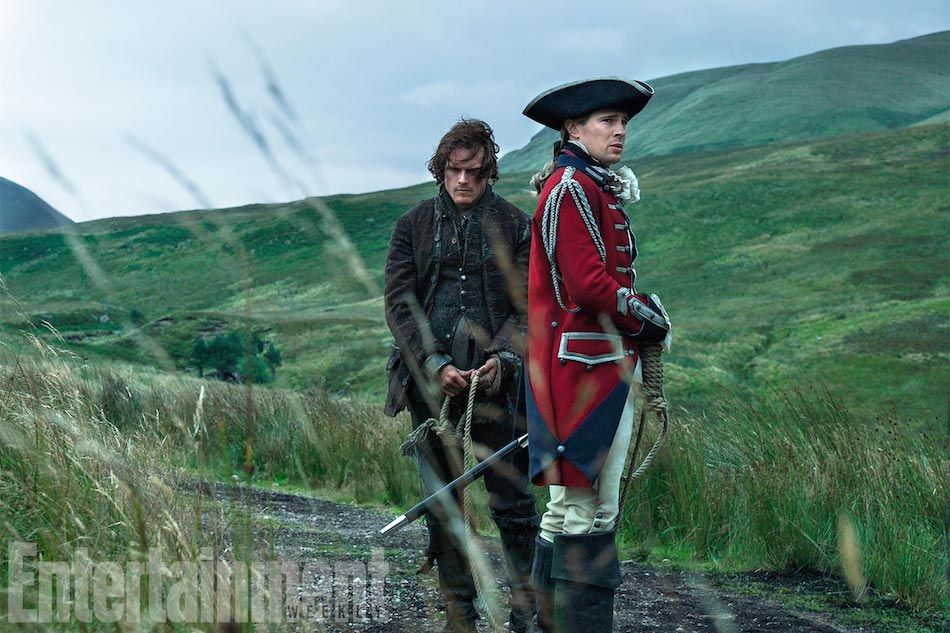 Season 3 jumps between two time periods, after Claire and Jamie were torn apart when she returned to 1948 through the traveling stones. She reluctantly reunited with Frank, even though she was pregnant with Jamie's child. The Season 2 finale jumped ahead two decades, with a widowed Claire admitting the truth to Brianna and learning that Jamie survived the battle. She vowed to return to him.

Meanwhile, back in 1746, Jamie's side loses the battle, but he develops an unlikely friendship with his captor, Lord Grey.