Does everybody get high? Get low? Get poisoned?

"Grey's Anatomy" Season 14 has us on edge for how they're going to write out Arizona and April -- and also probably Sam, but let's not pretend that's quite the same.

We're only up to Episode 18 this week, but ABC just shared photos and a synopsis for Episode 20, "Judgment Day," airing April 19, and we're intrigued. Curious. Concerned. Excited.

Here are the details:

A PATIENT BAKES THE DOCTORS A SPECIAL TREAT, ON ABC'S 'GREY'S ANATOMY'

"Judgment Day" - During presentations on Grey Sloan Surgical Innovation Prototypes Day, Arizona shares some cookies from an appreciative patient that, unbeknownst to her, contain a special ingredient. Meanwhile, Catherine reveals some shocking details to Jackson about his grandfather's past; and Jo steps in mid-operation on a major surgery after Bailey and Meredith are down for the count, on "Grey's Anatomy," THURSDAY, APRIL 19 (8:00-9:00 p.m. EDT), on The ABC Television Network, streaming and on demand.

"Judgment Day" was written by Julie Wong and directed by Sydney Freeland.

Do you think Bailey and Mer are "down for the count" because they ate the cookies? The photos below do show Bailey eating one of the cookies.

Hopefully they're just pot cookies and not spiked with something dangerous. Since they're from "an appreciative patient," they shouldn't be poisoned ... right? Plus, April 19 is the day before April 20th, so weed cookies would be timely.

Here are some photos attached to "Judgment Day": 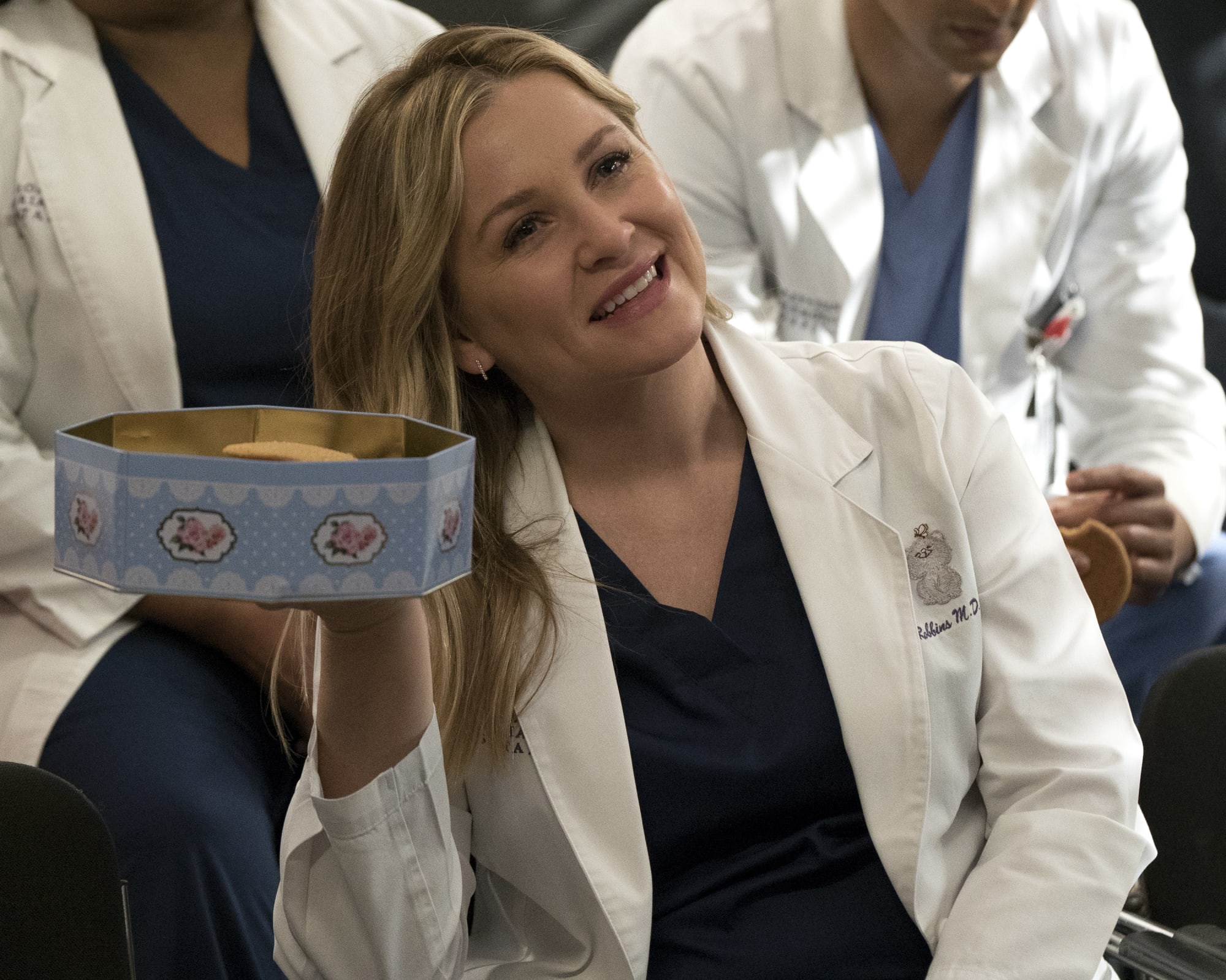