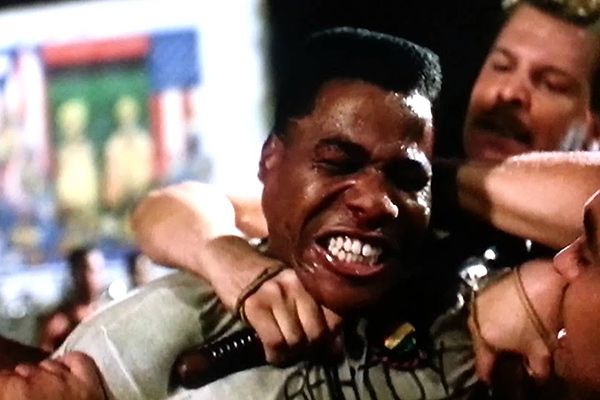 Lee created this new short film by intercutting a scene from 1989's Do the Right Thing portraying Radio Raheem (Bill Nunn) getting strangled to death by police with an eyewitness video of New York City police officer Daniel Pantaleo strangling Eric Garner to death in 2014 and a more recent eyewitness video of Minneapolis police officer Derek Chauvin strangling George Floyd to death on May 25th of this year. Chauvin and the three other Minneapolis officers have been fired and charged in Floyd's death. NYC officer Pantaleo was never charged in Garner's death.

Director Spike Lee with actor Clarke Peters on the set of 'Da 5 Bloods' premiering on Netflix on June 16.

While speaking to CNN's Don Lemon, Lee took a moment to speak to the CNN audience directly, saying “How can people not understand why people are acting the way they are? This is not new, we saw with the riots in the ’60s, the assassination of Dr. King, every time something jumps off and we don’t get our justice, people are reacting they way they do to be heard. We are seeing this again and again and again. This is the thing: the killing of black bodies, that is what this country is built upon.”

Lee's next feature film, 'Da 5 Bloods,' will premiere on Netflix on June 16.