Welcome to Female Filmmakers in Focus, featuring recommendations for films directed by women to seek out each week. This week features an interview with Danielle Lessovitz about her debut feature film ‘Port Authority,’ plus why she recommends Lynne Ramsay’s ‘Ratcatcher.’ 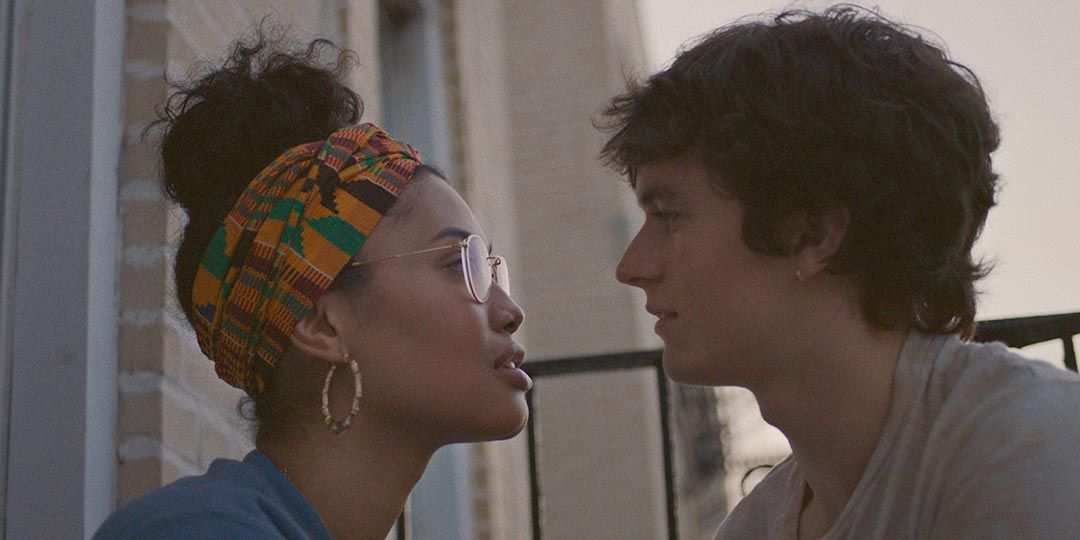 Danielle Lessovitz has a degree in documentary film from Northwestern University, and a Master of Fine Arts from New York University Tisch School of the Arts. She is part of the Brooklyn Filmmakers Collective, which is a community of filmmakers who support each other with peer workshops. She has directed numerous short documentaries and narrative films.

Executive produced by Martin Scorsese, ‘Port Authority’ debuted at the 2019 Cannes Film Festival in the Un Certain Regard section. It follows 20-year-old Paul (Fionn Whitehead), whose sister fails to meet him at New York City’s Port Authority terminal. After nearly being robbed on the subway, he meets Lee (McCaul Lombardi), who helps him find a spot in a homeless shelter and work on an eviction crew. One night Paul finds himself drawn to the kiki ballroom scene, where he meets Wye (Leyna Bloom) and falls hard for her. Shot on location in NYC and featuring luminous cinematography by Jomo Fray, Lessovitz’s film effortlessly explores chosen family, toxic masculinity, acceptance, and desire, while also capturing the tender feelings of young love.

‘Port Authority’ is available in select theaters May 28th and on demand and digital June 1st.

Moviefone spoke to Danielle Lessovitz about her new film.

Moviefone: What drew you to the subject of ball culture?
Danielle Lessovitz: I had just experienced with my father, who I hadn’t met until I was 19 but developed a close relationship with, he had just taken his life. I was then invited to a ball, and while there I had this incredible experience. It’s really hard to explain those moments, but you see someone who is in front of you and it’s as if their spirit is lifted out of their body, and that spirit is not bound to the normal rules or laws that we think of bodies being bound to. So, no gender or gender that can be fluid between one or the other, and an expressiveness that was overwhelming to me. So there was that moment, and then afterwards I was talking to people and really became aware of how active still, at least in the kiki ballroom scene, the idea of family and chosen family and those lineages and intergenerational lineages. How active they are, how supportive they are. People having brothers and sisters and aunts and cousins that are not genetically linked to them.

As someone who is queer, I had always wanted to play on what that falling in love process is like. Because, at least for me, I’m not really aware of gender when I’m falling in love with someone. I usually realize after, like oh that person is that gender. When I was younger, I grew up in Kansas City in the 90s in a very evangelical - even though I’m not evangelical - community, it was a really shameful experience. So I began to understand that there are a lot of men in the world, who love, who are attracted to women of trans experience, but their experience of that in terms of social roles might have something to do with my experience being queer in the sense that there is a real social shaming that happens. Like, are you gay are you not gay? Especially at the time when this was being developed, there wasn’t a lot of discourse around these subjects, and so you have a lot of women of trans experience and [cis] men who fall in love and have thise attraction and they can’t be out with their love, they have to kind of hide still.

So I wanted to kind of put all of these influences together, my own grieving process, my understanding of toxic masculinity, internalized homophobia, tons of tons of research with trans women of color, years of going into the kiki ballroom scene and talking to everyone, and sort of put it together in one experience for the characters in the film.

MF: I thought it was really interesting that you present two different looks at chosen families. While in the ballroom family, Paul is able to open up, but in the shelter family, he becomes closed off. How did you develop that dichotomy?
DL: I feel like it’s difficult in general, but especially for men to be vulnerable in certain spaces, especially in the U.S. where competition and ideas of exceptionalism are so popular. That to show vulnerability is to show weakness, and to show weakness is to invite a kind of judgement or pain or humiliation or social exile. So I wanted to contrast these two communities. One with Lee and Paul in the homeless shelter where things have to be dominant and being exploitative is a badge of honor. And the other culture, that has developed the most incredible responses to an exploitative dominant culture, and being able to resist that culture. Being able to reclaim their humanity. To experience joy, to experience connection, to experience togetherness. To celebrate their differences, but also to celebrate their common dignity. I wanted to put those two ways of being in contrast with each other, sort of juxtaposing them to suggest where we are in some ways as a society, and the choices a lot of us have to make in terms of who we want to be. Do we want to participate, do we want to consent to a culture that is very harmful, very oppressive, or do we want to find our own way of being in the world that understands that that is there and finds ways of saying no to it.

MF: How did you wind up casting Leyna Bloom as Wye?
DL: Immediately I felt like this was someone who was generous, very generous in bringing themselves to the role, very generous in saying what felt good for them, and honoring their own lived experience. I think she is very gifted in bringing nuance and subtlety and bringing herself in a fresh, present way to every moment of performance. It was shocking and striking and unbelievably exciting to watch someone who had no acting experience, suddenly blossom in front of the camera.

MF: I love the locations around New York and the beautiful color story of the cinematography. What kind of lenses and cameras did you use to achieve that?
DL: We shot on an Alexa Mini, with these new lenses that had never been used before. It was like glass, but they weren’t coated. Normally the coating prevents these big lens flares from happening, or controls the light in a certain way. The DP Jomo Fray wanted something that felt controlled, but wild in ways we hadn’t seen before in terms of an image. Also, trying to find ways where the image fights against itself, to mirror the way that Paul internally fights against himself.

MF: How did you choose the night locations to get that beautiful neon glow?
DL: That pizza place was a total accident. We went on a whole tech scout and I didn’t have a location for that. So the whole crew, about fifteen of us, we just walked randomly. At some point the gaffer was eating a piece of pizza, and I looked at him and thought: always follow the gaffers. So I asked him where he got the pizza, and he was like “it’s just over there!” So we went to the pizza place and we found that there was this just beautiful red light, and I was like, of course the gaffer’s going to be naturally drawn to a place with nice lighting.

MF: What do you hope people take away from this film?
DL: I’m hoping that people transcend, or find a moment or space to transcend what they know about themselves, to go beyond the labels that we attach to ourselves, be it race or gender or economic status. To understand that it’s possible to connect to other human beings beyond pain, beyond shared pain. What did you take away from it?

MF: I love any movie that’s about chosen family because I think there’s still a stigma in this country about blood relatives versus who is actually good for you. My best family member is my chosen sister, so I felt validated by the film.
DL: That’s a good one. For people to choose who it is they love and who they want to be a family with.

MF: Can you recommend another film directed by a woman for readers to seek out?
DL: Lynne Ramsey’s ‘Ratcatcher’ was like the biggest influence on me. It manages to deal with character interiority in a totally radical way. We’re watching the film, and we understand where our main character is emotionally, and sensorially the entire time. And she manages to use these small moments to evoke really big feelings. There’s a moment where he plays with the hole in his mom’s sock, and it’s just so small, but you’re like yeah this is what it’s like to love a parent, you know? Of just like playing with this hole and wanting this hole to not be there. I think she is a genius. It’s such a profoundly advanced film, directorially.

Lynne Ramsay graduated from National Film and Television School in Beaconsfield, England in 1995. She has directed seven shorts, and four feature films, nearly all of them award winners. Her latest film, ‘You Were Never Really Here’ saw her win the award for Best Screenplay, while star Joaquin Phoenix won the award for Best Actor at the 2017 Cannes Film Festival. Set in Glasgow in 1973 during a nation-wide garbage strike, her evocative debut feature film ‘Ratcatcher’ follows a young boy named James (William Eadie) as he grows up among this chaos.