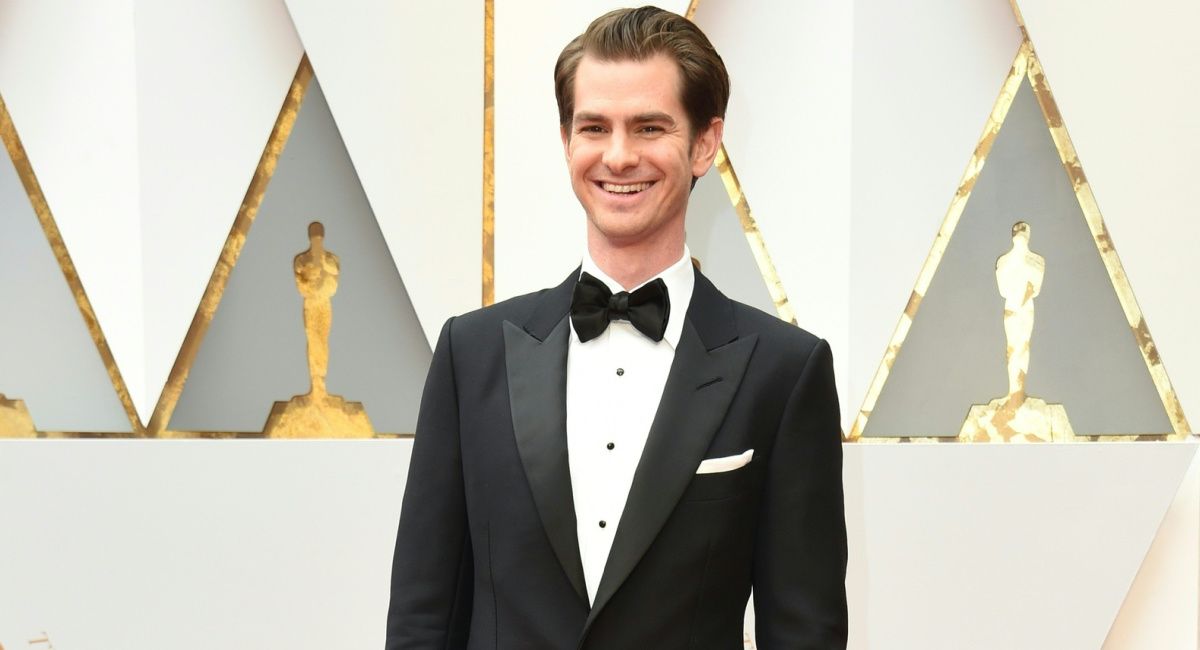 Andrew Garfield arrives on the red carpet for the 89th Oscars on February 26, 2017 in Hollywood, California. Photo by Valerie Macon/AFP/Getty Images.

Back in the news courtesy of a certain Spider-meme recreation, Andrew Garfield remains one of the busiest people working in movies and TV. Case in point? The trailer for new FX series ‘Under the Banner of Heaven’, which will find him digging into a true-crime tale.

The series, created and run by ‘Milk’ Oscar winner Dustin Lance Black, adapts Jon Krakauer’s novel, which itself was the result of an investigation into a reclusive, regressive, and restrictive Mormon community where a dreadful killing had occurred.

Garfield here plays Detective Pyre a Mormon law enforcer whose faith is tested as he investigates a brutal murder that seems to be connected to an esteemed Utah family’s spiral into LDS fundamentalism and their distrust in the government.

Pyre is committed to his Church and family but begins to question some of the Church’s teachings through his contact with a suspected murderer and the family of Brenda (Daisy Edgar-Jones), who was brutally slain.

It’s far from Garfield’s first encounter with religious extremism – in Martin Scorsese’s ‘Silence’, he plays Father Rodrigues, a priest who goes looking for his mentor in 17th century Japan after the man goes missing. He’s also recently been seen as disgraced evangelist Jim Bakker in ‘The Eyes of Tammy Faye’, alongside Jessica Chastain.

On a completely different televisual front, we have ‘Joe Vs. Carol’, which offers a new perspective on the outrageous true story chronicled in Netflix’s pandemic-era sensation ‘Tiger King’.

The documentary series chronicled the deeply interconnected community of big cat conservationists and collectors in America, and the private zoos and animal sanctuaries they have set up for the care and public display of these animals.

Its focus was primarily Joe “Exotic” Schreibvogel, an extravagant big cat collector, gun fan and ardent self-promoter who was in a feud with animal rights crusader Carol Baskin.

Now, spun not so much from the Netflix series as from the podcast 2019 Wondery podcast ‘Joe Exotic: Tiger King;' (which pre-dated the Netflix show) is ‘Joe Vs. Carol’, which stars John Cameron Mitchell as Exotic and Kate McKinnon as Baskin.

Here, the eye is more on Baskin, a big cat enthusiast, who learns that fellow exotic animal lover Joe “Exotic” Schreibvogel is breeding and using his big cats for profit. She sets out to shut down his venture, inciting a quickly escalating rivalry. But Carole has a checkered past of her own and when the claws come out, Joe will stop at nothing to expose what he sees as her hypocrisy.

‘Joe Vs. Carol’ will launch on Peacock on March 3.

Under the Banner of Heaven

The faith of a Mormon police detective is shaken when investigating the murder of a woman that seems to involve the Church. Read the Plot