The filmmaker and actresses discuss their new movie, which premieres March 18th on Prime Video. 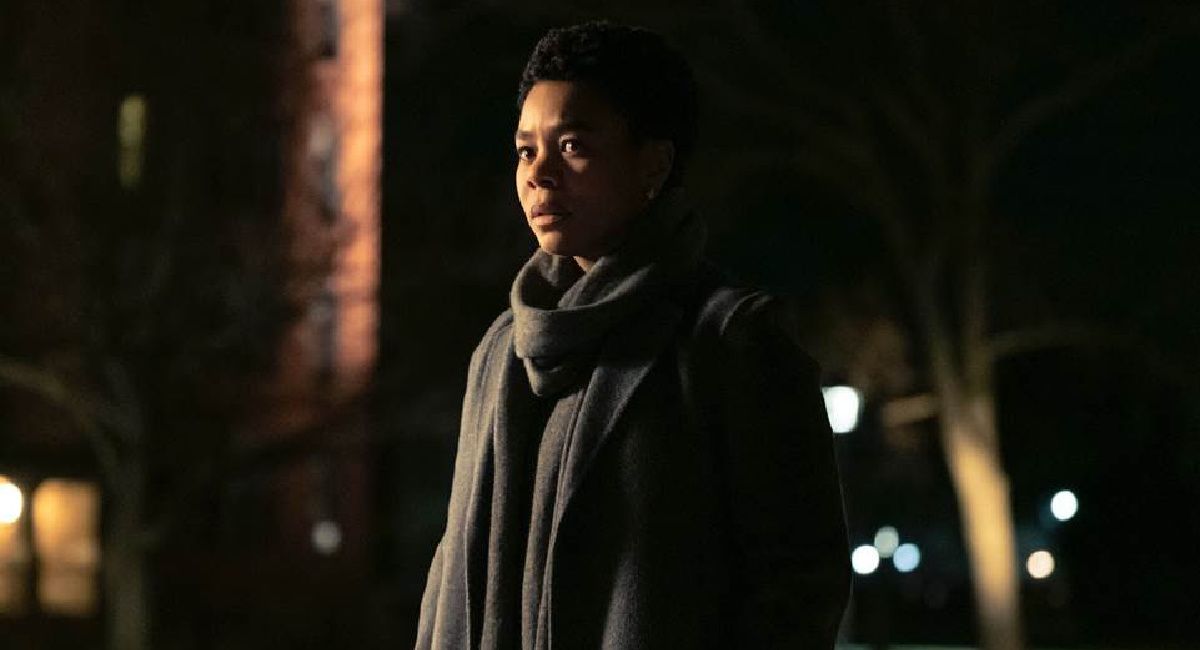 The movie stars Regina Hall (‘Girls Trip’) as Gail Bishop, a professor at a prominent New England university that is rumored to be haunted. As Jasmine Moore (Zoe Renee) begins her freshman year, she starts to experience super natural encounters and fears for her life. Gail tries to help Jasmine, but also must navigate through an educational institution that is hiding secrets of its own.

Moviefone recently had the opportunity to speak with writer and director Mariama Diallo, and actresses Regina Hall and Zoe Renee about their work on ‘Master.’

You can read the full transcript below or watch a video of the interview in the player above.

Moviefone: To begin with, Mariama, can you talk about developing the idea for the screenplay, and the themes that you wanted to explore with this project?

Mariama Diallo: So, 'Master' came to me in pieces, but the title was actually the first thing that came to me, and I was really interested in the word “master.” It felt very full and very powerful, and I loved all of the additional meanings. I'm a big fan of ‘The Master,’ but if you ask me, we have the better title because it's so multifaceted. You can master as an action. There's obviously, in America, there's the historical meaning of a master as tied to slavery. Then, there's the academic meaning. There's the meaning as it applies to Gail.

So, I just found it to be really spiky and sharp, and I was really interested in it. Then from there, I started to think of the character of Gail and what it would mean for a Black woman to be placed in that kind of situation, and how would she’d respond or try to deal with it. Then, Jasmine came next, thinking about this almost fun house, mirror reflection of Gail's younger self and the generational differences between them, and how Jasmine responds to being in a space like Ancaster.

So, it just kept on growing outwards and pulling in more and more characters and more of the world. Then, the themes really came along with it because I think that they're part and parcel of my own experience, perspective and observations, so they had to be part of the film. Whether it's the hypocrisy that we see amongst some of the others in the institution, or the death by a thousand cuts that Jasmine and also Gail endure from these small kinds of micro-aggressions from their peers.

Those are all things that definitely factor largely into my own life and my own thoughts and perspectives. So, what I really loved about the process of making this film is how I pulled in a lot from a lot of different facets of my life.

MF: Regina, can you talk about your character and your approach to playing her?

Regina Hall: I thought Gail was really incredibly interesting, having to take on the position of the master for the first time, what that would mean for her. But then, what does it really mean? Really examining, are you being used for something, you know what I mean? Are you being used, or are you useful? I mean, whatever terms those are. I think just being able to talk about the character with Mariama, the beauty of rehearsal, reading it over and over and just discovering what is the meaning behind that, behind the line.

I think, working opposite Zoe and such incredible young talent, there was so much room for discovery to see a woman experiencing all that she had, but then watching this new class. There's such hope, and then such sadness and such loss of many things. There's loss of a dream, loss of life, and then, the discovery of what you have lost. But it's also really bright in the beginning. It's amazing to get what you've hoped for, and then everything that comes with that.

MF: Finally, Zoe, what has this  experience been like for you and what was it like making this movie with Mariama and Regina?

Zoe Renee: It was great. I mean, really from start to finish, we have such a beautiful team; the casting process to the shooting process, to the prep process to now. I'm doing a lot of things for the first time, and I have to say that I'm really enjoying myself and I have been. It's been an amazing journey. We've been through so much together, including a whole pandemic. They've really been so great and gracious, and I'm so grateful to be a part of it.

52
Not Yet Rated
Watch Master Online

Ms. Moviefone and the Cast of 'Shaft' Are Just Talking About Shaft (Can You Dig It?)