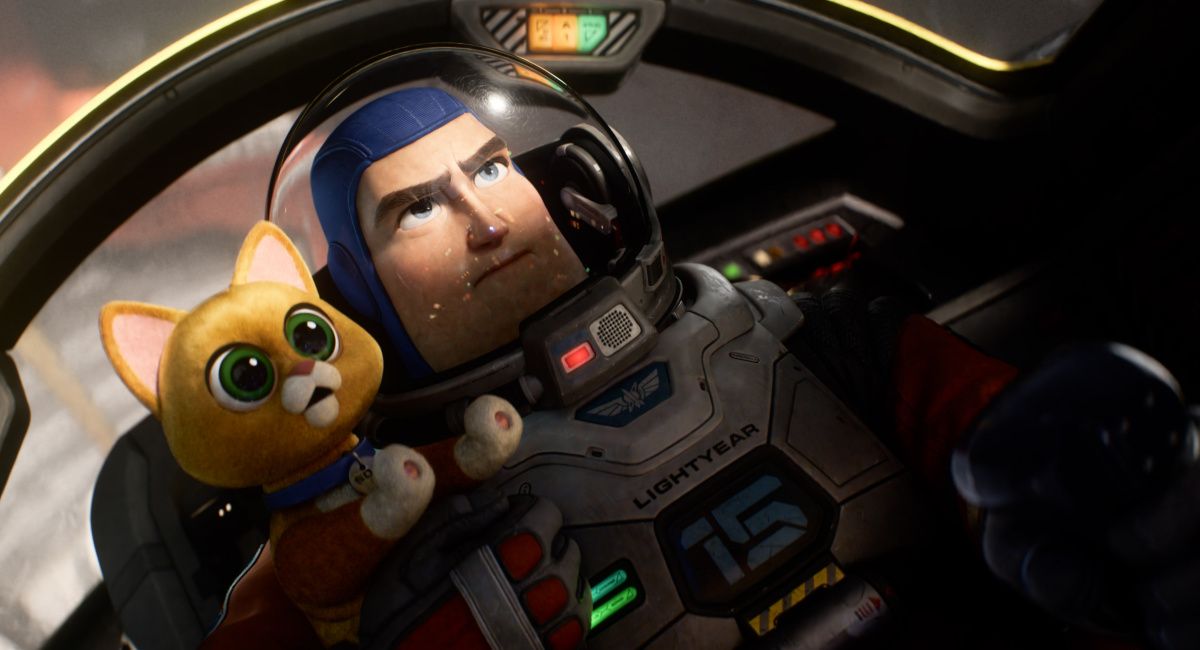 Moviefone recently had the pleasure of speaking with Chris Evans about his work on ‘Lightyear.’

You can read the full interview below or click on the video player above to watch our interviews with Evans, Uzo Aduba, Keke Palmer, James Brolin, Taika Waititi, producer Galyn Susman, and writer/director Angus MacLane.

Moviefone: To begin with, when you first saw an image of Buzz’s cat Sox, did you think he looked like your dog Dodger, because they both have white feet?

Chris Evans: Yeah, I liked the coloring on the cat. I was like, "I wonder if that was a little tribute to Dodger." Whether it was, or it wasn't, it made me happy. I had seen some images. I kind of knew it was coming. It seems like he steals the movie. So, I was really happy for him.

MF: Can you talk about the pressure of taking on the iconic role of Buzz Lightyear?

CE: Oh, yeah, enormous pressure. I mean, I'm a fan first. So, I love what Tim Allen did. We all did. I mean that's why the character is so iconic. It's why it's worthy of a standalone movie. So, you have to acknowledge the great work he did.

The truth is this isn't James Bond where I'm just taking a character we know but making a completely new interpretation. This character is supposed to be the character the toy's based on. So, you have to acknowledge that overlap and use what Tim Allen did as a compass, and I'd be a fool not to. I mean, he did such a good job. It'll never not be Tim Allen. But that doesn't mean it's not terrifying and intimidating.

MF: Were there any aspects of Tim Allen’s version of Buzz Lightyear that you adopted for your performance?

CE: All of them. I mean, I think my first recording session was just a shameless Tim Allen impression. You can't help it. It's what I know. With the dialogue, you just hear Tim Allen's voice in your head. I still hear his voice in my head. I mean, he's Buzz Lightyear! He is. So, you have to, not just pay your respects, but again, steal from him whenever you can.

The goal is to make a good movie. Tim set the bar. So, I'm going to borrow as much as I can. Because, again, it's supposed to be the same character, so I can at least do it with the justification in my mind that I'm not being a lazy actor.

MF: The movie deals with a lot of themes including the importance of working together as a team. What was one the film’s themes that really resonated with you?

CE: That the mistakes you make in life don't define you. That when you do make mistakes, it's an opportunity for growth, as opposed to something to just feel shame and spiral into this sort of stagnant stillness. It's actually a chance to evolve.

MF: Finally, did you create a backstory for Buzz’s life on Earth before the events of the movie begin?

I imagine him to be a pretty austere, quotidian sort of guy who has a very regiment lifestyle. I just think there's always a mission, and I think his goal is to climb a certain ladder to achieve a certain level of authority in order to help people. But I would picture him as a man that doesn't have much time for relationships or pets or things like that, which is why the Sox dynamic is so funny.

Legendary Space Ranger Buzz Lightyear embarks on an intergalactic adventure alongside a group of ambitious recruits and his robot companion Sox. Read the Plot