‘The Office’ Crosses Over with ‘Minions’ in a Fun Video

If you’re Universal, and you have Steve Carell as the main voice in your big new animated family movie ‘Minions: The Rise of Gru’, how are you going to exploit that?

Well, if you also have beloved sitcom ‘The Office’ as one of your big titles on streaming service Peacock – a show that just so happened to be one of Carell’s big breaks – you look to employ a little corporate synergy. Literally, in this case.

It also helps if it’s actually fun, which this video is, recreating the ‘Office’ credits while swapping out Carell’s Michael Scott for his Gru character and putting the various main Minions in place of the ‘Office’ characters played by the likes of John Krasinski, Rainn Wilson and Jenna Fischer.

‘The Office’, of course, was adapted from the UK show created by Ricky Gervais, and brought to the US by Greg Daniels. It’s the story of the employees of Dunder Mifflin, a paper sales company where Michael Scott is the branch manager.

He’s the sort of boss who thinks he’s more fun than he really is, a good-natured sort with a terrible taste in jokes and references, who is perennially upbeat. Around him are a staff of different types – the rule-following martinet weirdo (Wilson’s Dwight Schrute), the talented but unfulfilled everyman (Krasinski’s Jim Halpert) and the sweet, thoughtful receptionist (Fischer’s Pam Beesly). 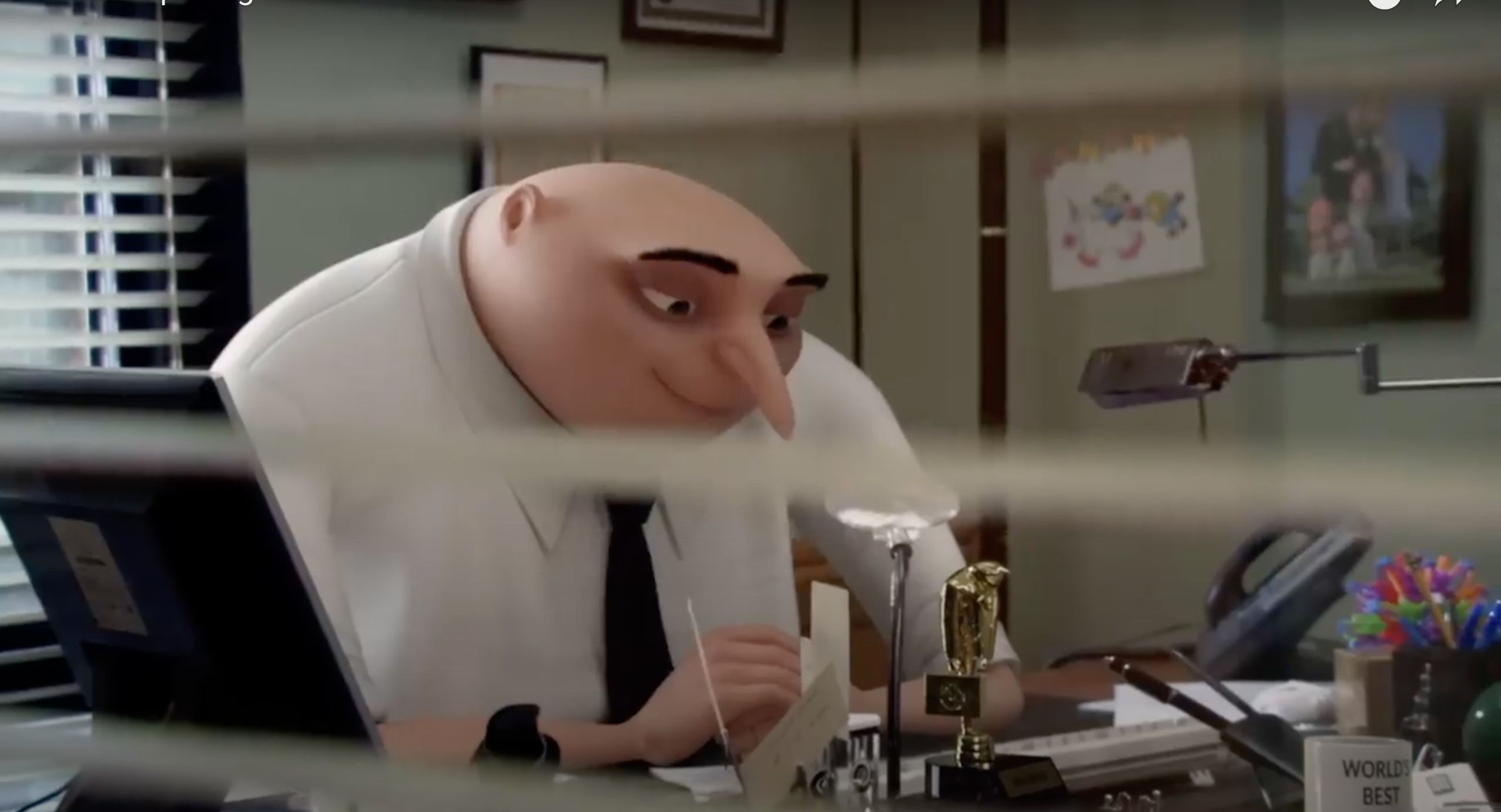 While there were initial concerns about being able to replicate the success of the British series, and critics complained when the first episode largely replicated the UK version, ‘The Office’ grew into a huge success, running for nine seasons and expanding its fanbase thanks to time on Netflix and now, Peacock.

Carell is back to voice the strangely-accented Gru, here portrayed in the 1970s as a child with big supervillain ambitions. But when he’s invited to interview for an open slot on his favourite villain team The Vicious Six, he’s mocked by the gang for being a kid. Yet after Gru steals the special Zodiac Stone that the Six intend to use to become more powerful, the chase is on.

It'll end up involving an acupuncturist who teaches kung-fu, a wronged former leader of the villain gang and a chatty new Minion called Otto who is, if it’s possible, even more of a nuisance than the likes of Kevin, Stuart and Bob.

‘Minions: The Rise of Gru’ is in theaters from tomorrow.

Minions: The Rise of Gru

'Minions' Sequel Gets Official Title, 'The Rise of Gru'