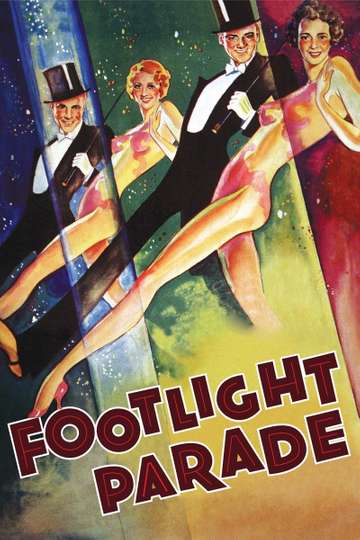 Looking to feast your eyes on 'Footlight Parade' on your TV, phone, or tablet? Finding a streaming service to buy, rent, download, or view the Lloyd Bacon-directed movie via subscription can be difficult, so we here at Moviefone want to help you out.

We've listed a number of streaming and cable services - including rental, purchase, and subscription options - along with the availability of 'Footlight Parade' on each platform. Now, before we get into the nitty-gritty of how you can watch 'Footlight Parade' right now, here are some details about the Warner Bros. Pictures music flick.

Released September 30th, 1933, 'Footlight Parade' stars James Cagney, Joan Blondell, Ruby Keeler, Dick Powell The movie has a runtime of about 1 hr 44 min, and received a user score of 71 (out of 100) on TMDb, which compiled reviews from 48 well-known users.

Interested in knowing what the movie's about? Here's the plot: "A fledgling producer finds himself at odds with his workers, financiers and his greedy ex-wife when he tries to produce live musicals for movie-going audiences."

The 39 Steps
Richard Hanney has a rude awakening when a glamorous female spy falls...

42nd Street
A producer puts on what may be his last Broadway show, and at the last...

The Thin Man
A husband and wife detective team takes on the search for a missing in...

Gold Diggers of 1933
Things get tough for Carol and her showgirl pals, Trixie and Polly, wh...