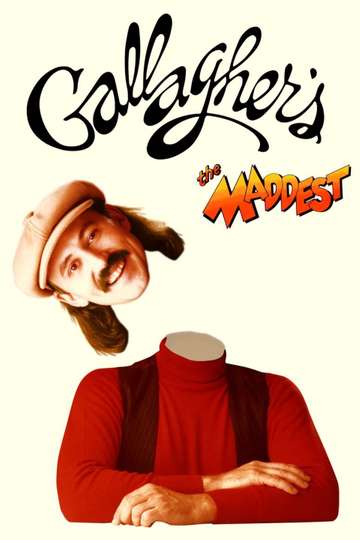 TMDb Score
53
NR 1 hrJan 1st, 1983Comedy
Gallagher wants to talk to you about style. Yeah, the sweaty guy on roller skates with the one-of-a-kind "bowling ball wearing a hula skirt" hairdo. Might seem like an odd topic coming from the man who uses humor as a blunt instrument (and not just when he's wailing a watermelon with his Sledge-O-Matic), but that's just what you get in this hour-long stand-up piece from 1983. You see, for comedy's prop master extraordinaire, style isn't so much about finesse as it is about flair. Flair he's got in spades, as long as you're willing to call stupid hats and a trampoline disguised as a huge couch flair. The bits travel well-worn paths through mating and parenthood, and the material does often betray its age (the fact that National Enquirer headlines are stupid isn't exactly revolutionary comedy). However, what ultimately makes Gallagher giggle-worthy isn't the material itself, but the zeal with which he swings for the big laugh. Hammer in hand or not, the man's got style.
Show More
DirectorWayne Orr
StarringGallagher
Where to WatchFull Cast & Crew