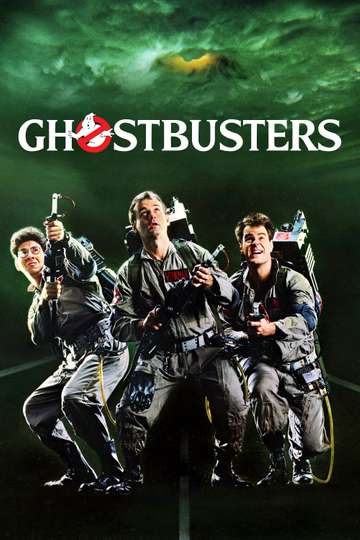 Looking to feast your eyes on 'Ghostbusters' on your TV, phone, or tablet? Searching for a streaming service to buy, rent, download, or view the Ivan Reitman-directed movie via subscription can be a huge pain, so we here at Moviefone want to help you out.

We've listed a number of streaming and cable services - including rental, purchase, and subscription alternatives - along with the availability of 'Ghostbusters' on each platform when they are available. Now, before we get into all the details of how you can watch 'Ghostbusters' right now, here are some particulars about the Columbia Pictures, Delphi Films, Black Rhino Productions fantasy flick.

Released June 8th, 1984, 'Ghostbusters' stars Bill Murray, Dan Aykroyd, Sigourney Weaver, Harold Ramis The PG movie has a runtime of about 1 hr 47 min, and received a user score of 75 (out of 100) on TMDb, which collated reviews from 7,404 top users.

Curious to know what the movie's about? Here's the plot: "After losing their academic posts at a prestigious university, a team of parapsychologists goes into business as proton-pack-toting "ghostbusters" who exterminate ghouls, hobgoblins and supernatural pests of all stripes. An ad campaign pays off when a knockout cellist hires the squad to purge her swanky digs of demons that appear to be living in her refrigerator."

RoboCop
"Part man. Part machine. All cop. The future of law enforcement."
Gremlins
"Don't get him wet, keep him out of bright light, and never NEVER feed him after midnight."

Ghostbusters II
"Guess who's coming to save the world again?"
Back to the Future Part III
"They've saved the best trip for last... But this time they may have gone too far."
Indiana Jones and the Temple of Doom
"If adventure has a name... it must be Indiana Jones."
Men in Black
"Protecting the Earth from the scum of the universe."

Men in Black II
"Back in black."
Back to the Future Part II
"Roads? Where we're going, we don't need roads!"
Who Framed Roger Rabbit
"It's the story of a man, a woman, and a rabbit in a triangle of trouble."
Batman
"Have you ever danced with the devil in the pale moonlight?"

Ghostbusters
"Who You Gonna Call?"

The Terminator
"Your future is in its hands."

Jaws
"Don't go in the water"
Indiana Jones and the Last Crusade
"The man with the hat is back. And this time, he's bringing his Dad."

E.T. the Extra-Terrestrial
"He is afraid. He is alone. He is three million light years from home."
Groundhog Day
"He’s having the worst day of his life … over, and over …"
Raiders of the Lost Ark
"Indiana Jones - the new hero from the creators of JAWS and STAR WARS."
Predator
"Soon the hunt will begin."
Back to the Future
"He's the only kid ever to get into trouble before he was born."