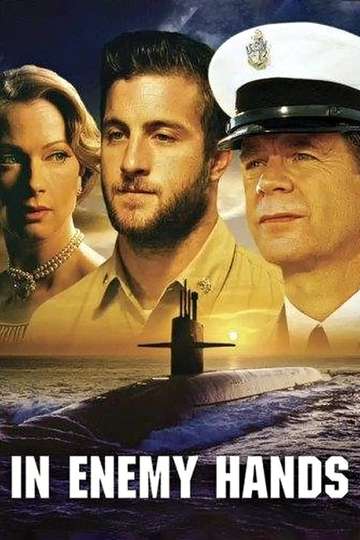 Looking to watch 'In Enemy Hands' on your TV, phone, or tablet? Hunting down a streaming service to buy, rent, download, or view the Tony Giglio-directed movie via subscription can be tricky, so we here at Moviefone want to do the work for you.

We've listed a number of streaming and cable services - including rental, purchase, and subscription choices - along with the availability of 'In Enemy Hands' on each platform. Now, before we get into the fundamentals of how you can watch 'In Enemy Hands' right now, here are some specifics about the Pierce/Williams Entertainment, Artisan Entertainment, Splendid Pictures, John Brister Productions war flick.

Released October 26th, 2004, 'In Enemy Hands' stars William H. Macy, Til Schweiger, Scott Caan, Thomas Kretschmann The R movie has a runtime of about 1 hr 34 min, and received a user score of 59 (out of 100) on TMDb, which compiled reviews from 69 knowledgeable users.

What, so now you want to know what the movie’s about? Here's the plot: "At the height of Hitler's infamous U-boat war, the crew of the U.S.S. Swordfish were heading home after months at sea. They never made it. Now prisoners of war aboard U-boat 429, a small group of American survivors will find their loyalties put to the ultimate test when they're forced to join their German captors to fight for their very lives."