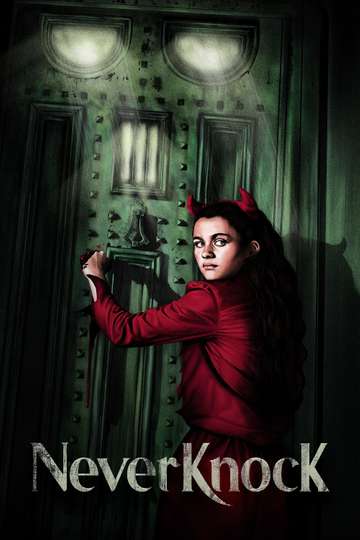 Fancy watching 'Neverknock' on your TV or mobile device at home? Tracking down a streaming service to buy, rent, download, or watch the Sheldon Wilson-directed movie via subscription can be difficult, so we here at Moviefone want to do right by you.

Below, you'll find a number of top-tier streaming and cable services - including rental, purchase, and subscription alternatives - along with the availability of 'Neverknock' on each platform when they are available. Now, before we get into all the details of how you can watch 'Neverknock' right now, here are some details about the Dandelion Productions, Blue Ice Pictures thriller flick.

Released October 15th, 2017, 'Neverknock' stars Dominique Provost-Chalkley, Jodelle Ferland, Kiana Madeira, Varun Saranga The movie has a runtime of about 1 hr 30 min, and received a user score of 46 (out of 100) on TMDb, which put together reviews from 42 top users.

What, so now you want to know what the movie's about? Here's the plot: "In 1986, three teens were brutally murdered after knocking on the door of 59 Oakwood Lane. The killer was never found. Over the next forty years, rumors turned to legend, and while few will admit to believing the stories, kids are still warned never knock on the door of 59 Oakwood Lane for fear of what may answer. On this Halloween night, Grace and her friends are going to wish they’d heeded the warnings and never knocked…"

The Contractor
"The mission is not what it seems."

Last Man Down
"They will pay."

The Aviary
"Believing is deceiving."