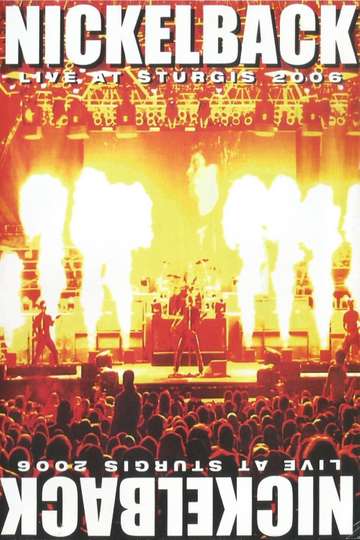 TMDb Score
55
NR 1 hr 5 minOct 13th, 2009Music
The group's first ever Blu-ray release captures an explosive show from one of the world's greatest recording and touring artists. Filmed with 15 HD cameras, this definitive concert performance presents the band pounding out 12 hard rockin' fan favorites from their multi-million selling albums Silver Side Up, The Long Road, and All the Right Reasons. This title carries a parental advisory. Nickelback go from strength to strength with this live recording taken from their 2006 tour in support of the ALL THE RIGHT REASONS album. LIVE FROM STURGIS isn't just a standard concert film, it's a glorious celebration of the band's music as they wow 35,000 fans at South Dakota's Sturgis Bike Week Festival. Among the highlights are renditions of their huge hit singles "How You Remind Me," "Someday," and "Far Away."
Show More
DirectorDaniel E. Catullo
StarringChad KroegerMike KroegerRyan Peake
Full Cast & Crew