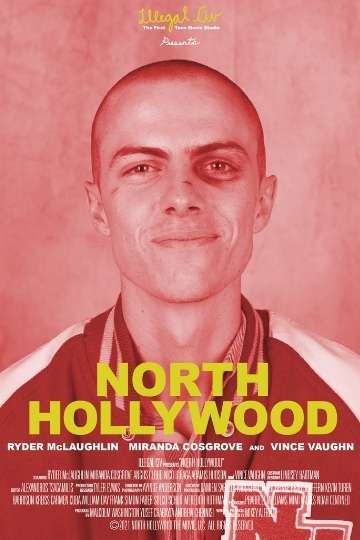 Looking to feast your eyes on 'North Hollywood' on your TV or mobile device at home? Discovering a streaming service to buy, rent, download, or watch the Mikey Alfred-directed movie via subscription can be a challenge, so we here at Moviefone want to take the pressure off.

We've listed a number of streaming and cable services - including rental, purchase, and subscription alternatives - along with the availability of 'North Hollywood' on each platform when they are available. Now, before we get into the various whats and wheres of how you can watch 'North Hollywood' right now, here are some specifics about the Illegal Civilization comedy flick.

Released May 14th, 2021, 'North Hollywood' stars Ryder McLaughlin, Miranda Cosgrove, Vince Vaughn, Angus Cloud The NR movie has a runtime of about 1 hr 34 min, and received a user score of 61 (out of 100) on TMDb, which put together reviews from 14 experienced users.

Want to know what the movie's about? Here's the plot: "NORTH HOLLYWOOD follows Michael (Ryder McLaughlin) as he tries to answer the question every high school kid faces when they graduate: What'™s next? Michael'™s best friends already seem to have it figured out; one is going to college, and the other is going to work, but Michael is caught somewhere in between. He'™s an aspiring professional skateboarder with the talent to back it up, but his blue collar father, Oliver (Vince Vaughn), thinks it'™s a pipe dream. Oliver wants Michael to either get a college degree and pursue a more conventional career, or join him in the construction business. Over the course of the film Michael is torn in multiple directions: Should he go to college or get a job? Should he chase the career of his dreams or go for the girl? Should he choose the life that his dad wants or the life that he wants? "

Words on Bathroom Walls
"If you can't trust your mind, trust your heart."
Hello, Goodbye and Everything In Between

The Passenger
"Don't sit next to her"
Out of Sync
El mundo es suyo Vol 2
Wyrmwood: Apocalypse
"Get ready for the fight of your bloody life."

Lakewood
"Time is running out"

Father of the Bride
"Love is simple. Family is not."
Eraser: Reborn
"He will protect your future by erasing your past."
The Fanatic
"All he wanted was an autograph."
Proximity
"They have arrived."
Centauro

The Ledge
"Don't lose your grip."
Wetland
Last Seen Alive
"He'll stop at nothing to get her back."
Hover
"Fear what flies"