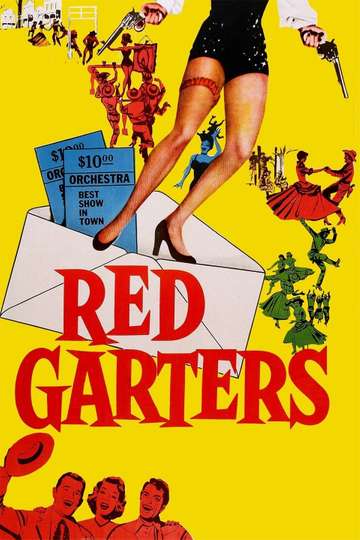 "A rootin-tootin' funfest! Songs, dances, laughs and purty girls! Yippie-ti-yi-yo!"
TMDb Score
53
NR 1 hr 31 minFeb 9th, 1954Western
A spirited cast kicks up its heels in a lively musical spoof of cowboy films crammed with spur-jangling tunes by Jay Livingstone and Ray Evans and decked out with colorfully stylized, Oscar.-nominated sets. Rosemary Clooney heads up the high-kicking, red-gartered girls of the Red Dog Saloon. They can-can. but she won't-won't unless Jason (Jack Carson) asks her to get hitched. Guy Mitchell and Gene Barry are gun-totin' polecats who think they've got a feud to settle. And Frank Faylen and Buddy Ebsen are among the folks who hope the gunslingers get itchy fingered - so they can hold a town barbecue during the funeral!
Show More
DirectorGeorge Marshall
StarringRosemary ClooneyJack CarsonGuy Mitchell
Movie DetailsWhere to WatchFull Cast & CrewBuy DVD