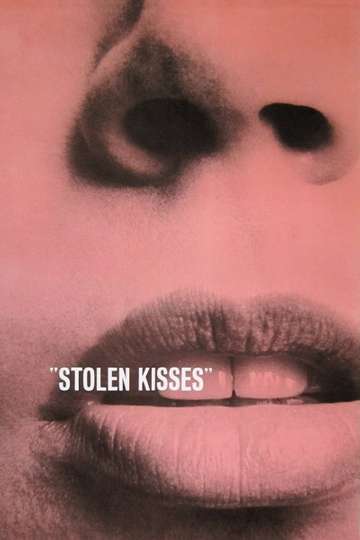 Need to watch 'Stolen Kisses' in the comfort of your own home? Finding a streaming service to buy, rent, download, or watch the François Truffaut-directed movie via subscription can be a challenge, so we here at Moviefone want to take the pressure off.

Read on for a listing of streaming and cable services - including rental, purchase, and subscription options - along with the availability of 'Stolen Kisses' on each platform. Now, before we get into the various whats and wheres of how you can watch 'Stolen Kisses' right now, here are some specifics about the Les Films du Carrosse, Les Productions Artistes Associés romance flick.

Released February 1st, 1969, 'Stolen Kisses' stars Jean-Pierre Léaud, Claude Jade, Delphine Seyrig, Michael Lonsdale The R movie has a runtime of about 1 hr 30 min, and received a user score of 74 (out of 100) on TMDb, which compiled reviews from 267 knowledgeable users.

Curious to know what the movie's about? Here's the plot: "The third in a series of films featuring François Truffaut's alter-ego, Antoine Doinel, the story resumes with Antoine being discharged from military service. His sweetheart Christine's father lands Antoine a job as a security guard, which he promptly loses. Stumbling into a position assisting a private detective, Antoine falls for his employers' seductive wife, Fabienne, and finds that he must choose between the older woman and Christine."

'Stolen Kisses' is currently available to rent, purchase, or stream via subscription on Criterion Channel .

Le Petit Soldat
During the Algerian war for independence from France, a young Frenchma...

My American Uncle
Prof. Henri Laborit uses the stories of the lives of three people to d...

Fahrenheit 451
In the future, the government maintains control of public opinion by o...

Jules and Jim
In the carefree days before World War I, introverted Austrian author J...

Two English Girls
At the beginning of the 20th century, Claude Roc, a young middle-class...

Antoine and Colette
Now aged 17, Antoine Doinel works in a factory which makes records. At...

Weekend
A supposedly idyllic weekend trip to the countryside turns into a neve...