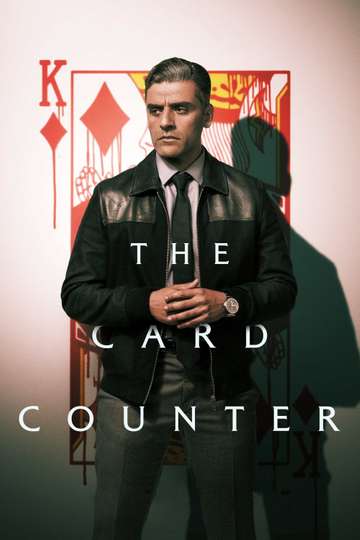 Want to watch 'The Card Counter' on your TV, phone, or tablet? Hunting down a streaming service to buy, rent, download, or watch the Paul Schrader-directed movie via subscription can be a huge pain, so we here at Moviefone want to help you out.

Read on for a listing of streaming and cable services - including rental, purchase, and subscription choices - along with the availability of 'The Card Counter' on each platform when they are available. Now, before we get into all the details of how you can watch 'The Card Counter' right now, here are some specifics about the HanWay Films, Focus Features, Bona Film Group, LB Entertainment, One Two Twenty Entertainment, Convergent Media, Enriched Media Group, Astrakan Films AB, Redline Entertainment drama flick.

Released September 10th, 2021, 'The Card Counter' stars Oscar Isaac, Tiffany Haddish, Tye Sheridan, Willem Dafoe The R movie has a runtime of about 1 hr 52 min, and received a user score of 62 (out of 100) on TMDb, which put together reviews from 618 well-known users.

Interested in knowing what the movie's about? Here's the plot: "William Tell just wants to play cards. His spartan existence on the casino trail is shattered when he is approached by Cirk, a vulnerable and angry young man seeking help to execute his plan for revenge on a military colonel. Tell sees a chance at redemption through his relationship with Cirk. But keeping Cirk on the straight-and-narrow proves impossible, dragging Tell back into the darkness of his past."

Wild Indian
The King of Laughter
Paul Sanchez Is Back!
Nobody Else But You

Better Nate Than Ever
Sitting Pretty
"Never was a baby-sitter like this!"

Belfast
"No matter how far you go, you never forget where you came from."
Her Way

Finding You
"Trust the journey."

Montana Story
Hardcore
"Oh my God, that's my daughter."
The Inner Cage
The Wrong Guy
"A fugitive in his own mind."
Marvel Studios Assembled: The Making of Moon Knight

Candyman
"Dare to say his name."
Out of Bounds
"Eighteen years on an Iowa farm never prepared him for a summer in L.A."
Justice Served
"Revenge is everything."

Cha Cha Real Smooth
"Falling in love is easy. Growing up is hard."
A Chiara