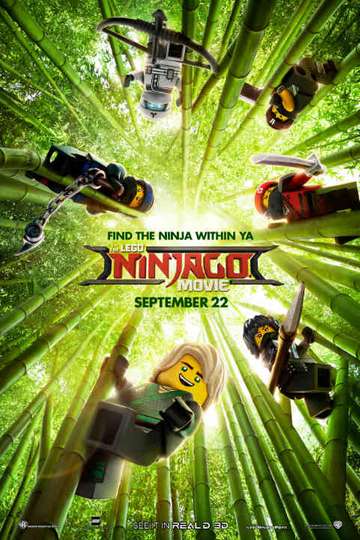 Yearning to watch 'The Lego Ninjago Movie' on your TV, phone, or tablet? Discovering a streaming service to buy, rent, download, or view the Paul Fisher-directed movie via subscription can be difficult, so we here at Moviefone want to do the heavy lifting.

We've listed a number of streaming and cable services - including rental, purchase, and subscription options - along with the availability of 'The Lego Ninjago Movie' on each platform when they are available. Now, before we get into the fundamentals of how you can watch 'The Lego Ninjago Movie' right now, here are some finer points about the Warner Bros. Pictures, Vertigo Entertainment, Lin Pictures, LEGO, Warner Animation Group, Lord Miller Productions adventure flick.

Released September 22nd, 2017, 'The Lego Ninjago Movie' stars Dave Franco, Justin Theroux, Fred Armisen, Abbi Jacobson The PG movie has a runtime of about 1 hr 41 min, and received a user score of 65 (out of 100) on TMDb, which compiled reviews from 840 knowledgeable users.

Interested in knowing what the movie's about? Here's the plot: "Six young ninjas are tasked with defending their island home of Ninjago. By night, they’re gifted warriors using their skill and awesome fleet of vehicles to fight villains and monsters. By day, they’re ordinary teens struggling against their greatest enemy....high school."

A LEGO Brickumentary
"If you thought you knew the world of Lego, YOU DON'T KNOW BRICK!"
LEGO Scooby-Doo! Knight Time Terror
LEGO Star Wars: The Empire Strikes Out
"Get your lightsabers and LEGO bricks ready."

The Lego Movie 2: The Second Part
"They come in pieces"

The Lego Movie
"The story of a nobody who saved everybody."

The Lego Batman Movie
"Always be yourself. Unless you can be Batman."
LEGO Friends: Girlz 4 Life
"True Friendship in the Glamorous World of Pop!"