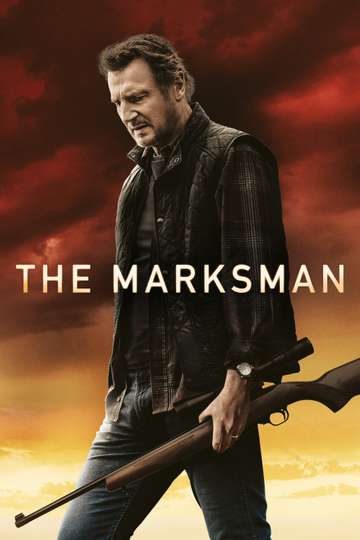 The Marksman (2021)Stream and Watch Online Want to behold the glory that is 'The Marksman' on your TV, phone, or tablet? Searching for a streaming service to buy, rent, download, or view the Robert Lorenz-directed movie via subscription can be challenging, so we here at Moviefone want to take the pressure off.

Read on for a listing of streaming and cable services - including rental, purchase, and subscription choices - along with the availability of 'The Marksman' on each platform. Now, before we get into the nitty-gritty of how you can watch 'The Marksman' right now, here are some specifics about the Sculptor Media, Zero Gravity Management, Cutting Edge Group, Raven Capital Management, Stonehouse Motion Pictures, Voltage Pictures, Open Road Films, Briarcliff Entertainment thriller flick.

Released January 15th, 2021, 'The Marksman' stars Liam Neeson, Katheryn Winnick, Teresa Ruiz, Juan Pablo Raba The PG-13 movie has a runtime of about 1 hr 48 min, and received a user score of 71 (out of 100) on TMDb, which compiled reviews from 974 knowledgeable users.

Interested in knowing what the movie's about? Here's the plot: "Jim Hanson’s quiet life is suddenly disturbed by two people crossing the US/Mexico border – a woman and her young son – desperate to flee a Mexican cartel. After a shootout leaves the mother dead, Jim becomes the boy’s reluctant defender. He embraces his role as Miguel’s protector and will stop at nothing to get him to safety, as they go on the run from the relentless assassins."

Honest Thief
A bank robber tries to turn himself in because he's falling in love an...

Monster Hunter
A portal transports Cpt. Artemis and an elite unit of soldiers to a st...

Army of the Dead
Following a zombie outbreak in Las Vegas, a group of mercenaries take...

Vanquish
Victoria is a young mother trying to put her dark past as a Russian dr...

Embattled
The eldest son of a ruthlessly tough MMA champion must fight his way o...

Nobody
Hutch Mansell (Bob Odenkirk), is an underestimated and overlooked dad...