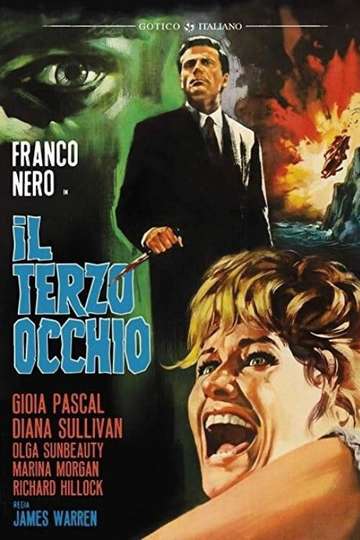 The Third EyeStream and Watch Online

Yearning to watch 'The Third Eye' on your TV, phone, or tablet? Discovering a streaming service to buy, rent, download, or view the Mino Guerrini-directed movie via subscription can be tricky, so we here at Moviefone want to do the heavy lifting.

Read on for a listing of streaming and cable services - including rental, purchase, and subscription choices - along with the availability of 'The Third Eye' on each platform when they are available. Now, before we get into all the details of how you can watch 'The Third Eye' right now, here are some specifics about the Panda Societa per L'Industria Cinematografica horror flick.

Released , 'The Third Eye' stars Franco Nero, Gioia Pascal, Erika Blanc, Olga Solbelli The movie has a runtime of about 1 hr 38 min, and received a user score of 58 (out of 100) on TMDb, which compiled reviews from 9 top users.

What, so now you want to know what the movie's about? Here's the plot: "Young nobleman Mino lives with his mother and Marta, the housekeeper, in an old, decaying castle. He is infantile and morbidly attached to the weird duo; his only hobby is taxidermy. Laura, Mino's fiancee, is met with jealousy and hatred by the two women, and decides to leave the castle; but Marta sabotages her car brakes and she is killed. Mino takes her body back to the castle. Meanwhile, his mother is violently arguing with Marta, who throws her down the stairs and repeatedly bashes her head on the floor. The distraught Mino descends into madness: he picks up a stripper at a nightclub and brings her home, then strangles her while having sex next to Laura's dead body. He does the same with a prostitute. Marta discovers these murders and offers to help dispose of bodies. A year later, Daniela (Laura's twin sister) arrives at the castle..."